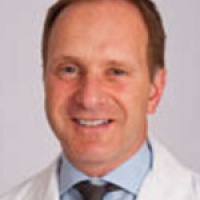 Dr. Blumenfeld focuses on addressing the multi-faceted needs of headache sufferers. These needs include acute care, educational programs and other specialty services. This comprehensive approach treat ...

University of The Witwatersrand, Faculty of Health Sciences,Parktown, South Africa 1981

Dr. Andrew M. Blumenfeld M.D. has a rating of 4 out of 5 stars based on the reviews from 45 patients. FindaTopDoc has aggregated the experiences from real patients to help give you more insights and information on how to choose the best Neurologist in your area. These reviews do not reflect a providers level of clinical care, but are a compilation of quality indicators such as bedside manner, wait time, staff friendliness, ease of appointment, and knowledge of conditions and treatments.
Overall Rating
Promptness
Courteous Staff
Accurate Diagnosis
Bed Side Manner
Would Recommended to Family and Friends

Dr. Blumenfeld is a neurologist and neurocritical care physician. He has been a principal investigator for many research studies showing that Botulinum toxin type A, sold under the brand name Botox®, is an effective preventative therapy for headache in chronic migraine sufferers. He has treated more patients with Botox therapy than any other provider in the world and trains other physicians on this - both nationally and internationally.

Dr. Blumenfeld is the Director of the Headache Center of Southern California, whose mission is to provide excellent, comprehensive headache care. As director, he focuses on addressing the multi-faceted needs of headache sufferers. These needs include acute care, educational programs, and other specialty services. This comprehensive approach treats the whole person in a highly individualized manner and addresses the growing demand for one-stop treatment services.

Dr Blumenfeld is a member of the American Academy of Neurology and the American Headache Society. He has published widely and has been an active researcher in headaches and multiple sclerosis.

Dr. Blumenfeld serves on the advisory board for Allergan. He has been a national speaker and consultant for Allergan, as well as other well-known medical corporations: Pfizer, GSK, Merck, Posen, Zogenix, MAP pharmaceuticals, Forrest, and Ortho McNeill.

Dr. Blumenfeld is board-certified in neurology by the American Board of Psychiatry and Neurology (ABPN). The ABPN is a not-for-profit corporation dedicated to serving the public interest and the professions of psychiatry and neurology by promoting excellence in practice through certification and continuing certification processes.

Dr. Blumenfeld is an avid bicyclist, having participated in the Race Across America in 2003 and 2004. In his spare time, he enjoys running and spending time with his family.