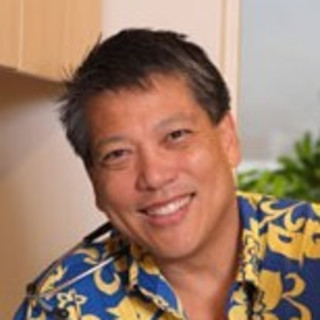 Dr. Lance Kurata is an internist practicing in Honolulu, HI. Dr. Kurata specializes in the medical treatment of adults. Internists can act as a primary physician or a consultant to a primary physician. They manage both common and rare diseases. Dr. Kurata provides comprehensive care and manages treatment with surgeons as well. Internists establish long-term relationships with their patients and incorporate disease prevention and mental health care into their practice.

Dr. Lance M. Kurata, MD has a rating of 3 out of 5 stars based on the reviews from 18 patients. FindaTopDoc has aggregated the experiences from real patients to help give you more insights and information on how to choose the best Internist in your area. These reviews do not reflect a providers level of clinical care, but are a compilation of quality indicators such as bedside manner, wait time, staff friendliness, ease of appointment, and knowledge of conditions and treatments.
Overall Rating
Promptness
Courteous Staff
Accurate Diagnosis
Bed Side Manner
Would Recommended to Family and Friends

A highly trained internist, Dr. Kurata works with patients at his private practice in Honolulu, Hawaii.

Born and raised in Honolulu, he graduated from Punahou High School, and completed his undergraduate education at Middlebury College in Vermont. After returning to his hometown, he graduated with his medical degree from the University of Hawaii John A. Burns School of Medicine in 1994, and completed his residency in internal medicine at The Queen’s Medical Center in 1998, where he was named Chief Resident.

During his time as Chief Resident, Dr. Kurata was introduced to the concept of Ho'okupu by the late Reverend Abraham Akaka. The term, literally translated as 'strive forward' is based on the elements of faith, gratitude, hard work, honesty, integrity, innovative effort, and Aloha. He has adopted Ho'okupu as a guiding principle in the care of his patients and the conduct of his practice.

An active member of the American College of Physicians, he maintains hospital privileges at The Queen’s Medical Center, and Kuakini Medical Center.

Internal medicine is the medical specialty dealing with the prevention, diagnosis, and treatment of adult diseases. Physicians specializing in internal medicine are called internists. They manage and prevent common and complex diseases by providing comprehensive care and promoting overall well-being.

On a more personal note, Dr. Kurata is fluent in both English and Japanese.