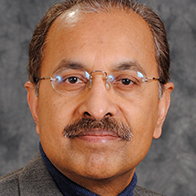 Dr. Bethala is a board-certified gastroenterologist who welcomes patients at his private practice in Emerson, New Jersey. He is additionally an attending physician at Valley Health System and Holy Name Medical Center in New Jersey. He specializes in all facets of gastroenterology and geriatric medicine. Moreover, he is on staff at the Surgical and Endoscopy Center of Bergen County at Hackensack University Medical Center.

Dr. Bethala received his medical degree (MBBS) in 1974 at Jawaharlal Institute of Postgraduate Medical Education and Research in Puducherry, India. After relocating to the United States, he completed his internship in general surgery at the District of Columbia General Hospital (1977 – 1978), his internal medicine residency at the District of Columbia General Hospital (1978 – 1979) and the Cooper Health System/UMDNJ (1979 – 1981). He further conducted a fellowship in gastroenterology through The Cooper Health System/UMDNJ (1982 – 1984).

Subsequent to the completion of his training, Dr. Bethala acquired his board certification in internal medicine (1991) and gastroenterology (19936) with the American Board of Internal Medicine. The American Board of Internal Medicine is a 501 nonprofit, self-appointed physician-evaluation organization that certifies physicians practicing internal medicine and its subspecialties.