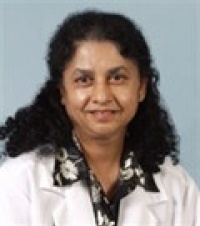 Dr. Mamatha Sundaresh is a pediatrician practicing in Brooklyn, NY. Dr. Sundaresh is a doctor who specializes in the health care of children. As a pedicatrician, Dr. Sundaresh diagnoses and treats infections, injuries, diseases and other disorders in children. Pediatricians typically work with infants, children, teenagers and young adults up to age 21. They practice medical care as well as preventative health care. Dr. Sundaresh can oversee and manage the physical, mental and emotional health of their patients.

Dr. Sundaresh received her medical degree at Bangalore Medical College in Bangalore, Karnataka, India. After relocating to the United States, she completed her residency in pediatrics at Maimonides Medical Center in Brooklyn, New York.

Pediatric emergency medicine (PEM) is a medical subspecialty of both pediatrics and emergency medicine. It involves the care of undifferentiated, unscheduled children with acute illnesses or injuries that require immediate medical attention.

On a more personal note, Dr. Sundaresh speaks Hindi and Kannada in addition to English.