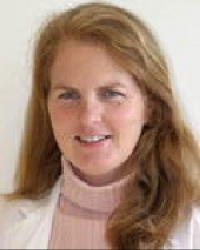 Suzana K.E. Makowski, MD, MMM, FACP, FAAHPM, is a palliative medicine physician and internist who diagnoses and treats patients at UMass Memorial Medical Center in Worcester, MA. Furthermore, she is the Chief of Palliative Care at Exeter Hospital in New Hampshire. Dr. Makowski is also a Voluntary Associate Professor of Medicine at the University of Massachusetts Medical School in Worcester, MA. As a hospice and palliative care medicine physician, she focuses on symptom management, relief of suffering, and end-of-life care. Dr. Makowski is the Founder of the Lois Green Learning Community, which is an online community aiming to support the education of clinicians across the globe who are committed to alleviating suffering through thoughtful, patient-centered, interdisciplinary palliative care

University of Rochester School of Medicine and Dentistry 1998

Dr. Suzana K.E. Makowski, MD, MMM has a rating of 3 out of 5 stars based on the reviews from 3 patients. FindaTopDoc has aggregated the experiences from real patients to help give you more insights and information on how to choose the best Internist in your area. These reviews do not reflect a providers level of clinical care, but are a compilation of quality indicators such as bedside manner, wait time, staff friendliness, ease of appointment, and knowledge of conditions and treatments.
Overall Rating
Promptness
Courteous Staff
Accurate Diagnosis
Bed Side Manner
Would Recommended to Family and Friends

Being an experienced palliative care physician and internist, Dr. Makowski serves as the Chief of Palliative Care at Exeter Hospital in New Hampshire. She is also a Voluntary Associate Professor of Medicine at the University of Massachusetts Medical School in Worcester.

Alongside her clinical and academic roles, she is the Founder of the Lois Green Learning Community – an online community aiming to support the education of clinicians across the globe who are committed to alleviating suffering through thoughtful, patient-centered, interdisciplinary palliative care.

“Playing my role to transform healthcare via medical education, humanism in practice, social media, and mindfulness. I am a positive deviant and “Planetree insurgent” who firmly believes that healthcare is meant to be compassionate and collaborative” as stated by Dr. Makowski.

In addition to being a Fellow of the American College of Physicians (FACP), she is board-certified in hospice and palliative medicine by the American Board of Internal Medicine (ABIM). The ABIM is a physician-led, non-profit, independent evaluation organization driven by doctors who want to achieve higher standards for better care in a rapidly changing world.

A Fellow of the American Academy of Hospice and Palliative Medicine (FAAHPM), Dr. Makowski has served on their Quality, Leadership, and Humanities Committees, and has participated in board review writing and editorial committees for HPMPass. She has also been active with both the Center for Mindfulness and the Gold Foundation, fostering humanism in medicine, practices, and approaches that have influenced her teaching, mentorship, and leadership.

Hospice and palliative medicine is a formal subspecialty of medicine in the United States that focuses on symptom management, relief of suffering, and end-of-life care. A palliative care physician is a doctor who specializes in the care of dying patients. They often coordinate a multidisciplinary team that ensures optimization of care around the time of death. Their role includes supporting the emotional as well as medical and physical well-being through the dying process.

Among her most notable achievements as a clinician and medical educator, Dr. Makowski is the recipient of the Leonard Tow Award for Medical Humanism (2010) and the Arnold P. Gold Foundation Humanism in Medicine Award (2013). She has also been named one of the most Exceptional Women in Medicine by Castle Connolly (2017), a Top Doctor by Castle Connolly (2013-2018), and a Top Doctor by New Hampshire Magazine (2018, 2019).

In her personal life, Dr. Makowski is a dog lover, a back-country skier, a dabbler in social media, and a fumbler of a few languages. She was born in Rio and grew up in a bunch of places splattered across the globe. She speaks several languages, including English, German, Portuguese, and Spanish.

Head east on Alumni Drive 1181 ft
Turn right 263 ft
You have arrived at your destination, straight ahead