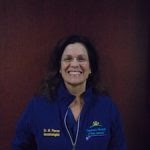 American Board of Pediatrics

Being a fellowship-trained neonatologist, Dr. Pierce cares for the critically ill newborn and premature infants. She is in practice with Pediatrix Medical Group of Texas – San Antonio in Texas.

Pediatrix Medical Group of Texas – San Antonio has been caring for newborns for more than 30 years. It cares for more than 225 newborns each day in multiple neonatal intensive care units (NICUs). Through its hospital partners, the providers offer comprehensive clinical services to support the most critically-ill and premature newborns. They are available on-site in the NICU, where they are on call 24-hours-a-day, seven-days-a- week.

Academically, Dr. Pierce graduated with her medical degree from the University of Michigan Medical School in 1986. She then completed her residency in pediatrics and her fellowship in neonatal-perinatal medicine at Jackson Memorial Hospital in Florida in 1989 and 1992, respectively.

A Fellow of the American Academy of Pediatrics, she is board-certified in neonatal-perinatal medicine by the American Board of Pediatrics (ABP). The mission of the ABP is to advance child health by certifying pediatricians who meet standards of excellence and are committed to continuous learning and improvement.

Neonatology is a subspecialty of pediatrics that consists of the medical care of newborn infants, especially the ill, or premature newborns. It is a hospital-based specialty and is usually practiced in neonatal intensive care units. A neonatologist is a medical professional who specialises in caring for newborn babies, particularly those who are ill or born prematurely. They may also provide antenatal consultation for women with certain risk factors, such as multiple births.