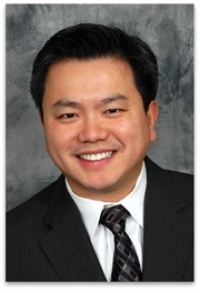 "I am committed to providing excellence and to improving the health of my patients without any compromise. I want the best because my patients deserve the best.” “I believe life is better with a great ...

Dr. Michael J. Wei, DDS has a rating of 4 out of 5 stars based on the reviews from 2 patients. FindaTopDoc has aggregated the experiences from real patients to help give you more insights and information on how to choose the best Dentist in your area. These reviews do not reflect a providers level of clinical care, but are a compilation of quality indicators such as bedside manner, wait time, staff friendliness, ease of appointment, and knowledge of conditions and treatments.
Overall Rating
Promptness
Courteous Staff
Accurate Diagnosis
Bed Side Manner
Would Recommended to Family and Friends

Dr. Wei is an established general & cosmetic dentist who is currently serving patients’ dental needs at his private dental practice in New York City, New York. His mission is to provide top quality dentistry in a friendly and comfortable environment so that every patient can have healthy teeth and gums for a lifetime.

Dr. Wei specializes in general, cosmetic and restorative dentistry, including smile makeovers, invisalign braces, dental implants, porcelain crowns, porcelain veneers, cerinate lumineers, cosmetic tooth bonding, teeth whitening, snap-on smile, and more. “I believe in treating my patients like I would treat my own family members, taking care of them the way that I would want myself to be taken care of” as stated by Dr. Wei.

Dr. Wei is currently a Clinical Associate Professor in the Department of Full Mouth Reconstruction at New York University College of Dentistry. Dr. Wei graduated from Rutgers University with a Bachelor of Science degree in biology and a minor in psychology in 1996. He then went on to earn his Doctor of Dental Surgery degree from New York University College of Dentistry in 2000. Soon after that, he completed an Advanced Education in General Dentistry program at Columbia University School of Dental Medicine, followed by his fellowship training at New York Presbyterian Hospital.

Dr. Wei spends his free time pursuing advanced dental education. He is trained at some of the top dental institutions in the United States. He has received advanced training and continued education at the world renowned Las Vegas Institute for Advanced Dental Studies from 2013 to 2014, as well as The Rosenthal Institute at New York University College of Dentistry Aesthetic Advantage, Inc. for the achievement of Level I in 2011, Level II and Level III in 2012 in aesthetic dentistry.

Dentistry, also known as Dental and Oral Medicine, is a branch of medicine that consists of the study, diagnosis, prevention, and treatment of diseases, disorders, and conditions of the oral cavity. As a general & cosmetic dentist, Dr. Wei has the skills needed to complete an array of commonly performed dental procedures that are simple or complex in nature.

In his spare time, Dr. Wei enjoys spending time with his family. He and his wife, Angela, have three children together. Dr. Wei’s hobbies include traveling, reading, and playing tennis.