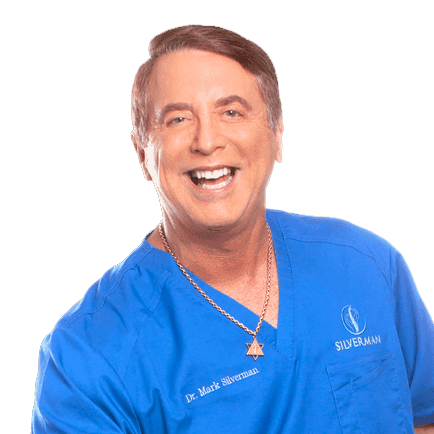 Dr. Mark Silverman is a Chiropractor practicing in Miramar, Florida. Dr. Silverman specializes in preventing, diagnosing, and treating conditions associated with the neuromusculoskeletal system, while improving each patients functionality and quality of life. Conditions treated include sciatica, neck pain, and arthritis pain, among many others. Dr. Silverman seeks to reduce pain and discomfort through manipulation and adjustment of the spine.

Dr. Mark A. Silverman / President of Dade County Chiropractic Society has a rating of 3 out of 5 stars based on the reviews from 2 patients. FindaTopDoc has aggregated the experiences from real patients to help give you more insights and information on how to choose the best Chiropractor in your area. These reviews do not reflect a providers level of clinical care, but are a compilation of quality indicators such as bedside manner, wait time, staff friendliness, ease of appointment, and knowledge of conditions and treatments.
Overall Rating
Promptness
Courteous Staff
Accurate Diagnosis
Bed Side Manner
Would Recommended to Family and Friends

Get to know Chiropractor Dr. Mark A. Silverman, who serves patients throughout the State of Florida.

Dr. Silverman, whom many know as “Manos Mágicas ™”, has practiced in Miami for over 45 years. Offering unparalleled chiropractic service and inspiring optimal results, he is the Founder of Silverman Chiropractic and Rehabilitation Center.

Silverman Chiropractic and Rehabilitation Center specializes in providing alternative treatments for victims of vehicular and slip and fall accidents in South Florida including Miami, Homestead, Kendall, Miramar, and nearby areas. Dr. Silverman personalizes his approach for each patient and draws up a comprehensive treatment plan to take them step-by-step through the recovery process.

Graduating with honors from the Columbia Institute of Chiropractic in 1975, Dr. Silverman was one of the youngest specialists in the profession. Due to his studies on cost effectiveness, he made breakthroughs in areas where most chiropractors were not able to do so in the past such as HMO’s and other companies. He also created a consulting company to help his colleagues be more cost effective in their treatment and help them better document their results.

One of his most notable accomplishments was the study he did with the Av-Med Health Plan, showing that most hospitalization surgery related to disc problems could be avoided through chiropractic and adjunctive care. In this study, the owner of the Av-Med Health Plan, Herb Davis, MD, sent his most difficult patients who needed surgery, traction or hospitalization, and the first 30 all got well. As a result, no patients were allowed to be hospitalized for back related problems without seeing Dr. Silverman first.

A legitimate trailblazer, he built one of the largest chiropractic centers in the United States; became one of the first chiropractors in an HMO in the United States; became the first Chiropractic Director for Av-Med Health Plan; opened the doors for chiropractors in the United States in HMO’s; spoke at a Florida Medicare Continuing Education Seminar on chiropractic documentation and cost effectiveness for the Florida Medicare nurses; was nominated by Governor Martinez to the Board of Chiropractic; was nominated for the Miami Herald’s Spirit of Excellence Award for his work in the Latin community; was nominated to the Board of Viejos Utiles which helped feed the elderly in Miami; was appointed to the Advisory Board of the Salvation Army; and was given awards by the City of Miami, Miami Dade County, The City of Hialeah and had his own day named after him in the City of Miami, The City of Hialeah and in Dade County.

Furthermore, he served on the Board of Chiropractic for the Dade County Chiropractic Society; was a Keynote Speaker for Parker Foundation and Chiropractic College for over 20 years; was a Keynote Speaker for the Ontario and California Chiropractic Associations; spoke before the Michigan House of Representatives on behalf of the Chiropractic profession; lectured across the United States pertaining to cost containment and chiropractic; was named the first Chiropractor to Jackson Memorial Hospital’s Quality Assurance Program; has performed independent medical examinations for many insurance companies and corporations; created the first Chiropractic PPO; served as the Chiropractor for Eastern Airlines; had his own chiropractic TV show in Spanish for over 20 years; was the chiropractor who first introduced the Spanish community to chiropractic care; participated in the article published in the Miami Herald exposing steroid abuse in local high schools; has had several articles written about his results in the Miami Herald; and has appeared on 20/20 and CNN and has been published all over the United States on steroid abuse which lead to stiffer legal penalties.

Acting as President of the Dade County Chiropractic Society, Dr. Silverman served as the official chiropractor for The Miami Fire Department, The City of Miami, Hyatt, Hilton and Marriott Hotels where he introduced injury prevention courses and dramatically reduced costs and lost work time. He also served as the Chiropractic Physician for The City of North Miami, Coral Gables, Miami Dade Athletics, FIU athletics, and numerous University of Miami football players and other athletes.

With proven skills upstaged by his enormous heart, Dr. Silverman has been involved in creating a not-for-profit company called Health For Everyone, which has given thousands of dollars in free treatment and other services to the poor and elderly in Miami Dade County. He has also spoken to thousands of chiropractors worldwide on chiropractic effectiveness, and serves on the Board of Directors for City Reach, which is a group that is part of his church that still feeds hundreds of families a month.

Both the community and his peers have taken notice of his innovative accomplishments, showering him with praise and admiration.