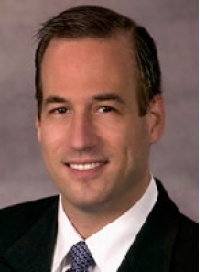 American Board of Thoracic Surgery (ABTS)

Dr. Michael L. Ciccolo, MD has a rating of 5 out of 5 stars based on the reviews from 27 patients. FindaTopDoc has aggregated the experiences from real patients to help give you more insights and information on how to choose the best Cardiothoracic Surgeon in your area. These reviews do not reflect a providers level of clinical care, but are a compilation of quality indicators such as bedside manner, wait time, staff friendliness, ease of appointment, and knowledge of conditions and treatments.
Overall Rating
Promptness
Courteous Staff
Accurate Diagnosis
Bed Side Manner
Would Recommended to Family and Friends

The Children’s Heart Center Nevada has an array of specialists in fetal cardiology, adults with congenital heart disease, electrophysiology, interventional cardiology, and cardiac surgery. The specialists come from Harvard, Stanford, UCLA, UCSF, and USC. They have created a place where the results for open-heart surgery are better than the national average. The success for all heart surgeries, whether open heart or not, is now 99%.

Cardiothoracic surgery is the field of medicine involved in the surgical treatment of organs inside the thorax. Cardiothoracic surgeons are medical doctors who specialize in surgical procedures inside the thorax, which may involve the heart, lungs, esophagus, and other organs in the chest. Alongside performing surgery, they also diagnose and treat diseases of these organs.

Head southwest on South Maryland Parkway 1860 ft
Turn right onto East Charleston Boulevard (NV 159) 1.6 mi
Turn right onto Shadow Lane 1586 ft
You have arrived at your destination, on the left

Head northeast on East Desert Inn Road 2.5 mi
Turn left onto South Maryland Parkway 1285 ft
You have arrived at your destination, on the right