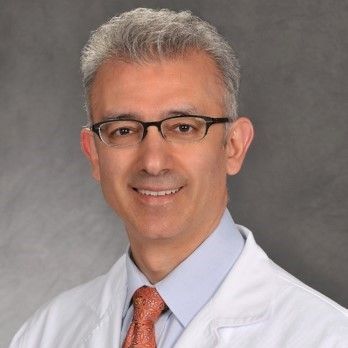 Dr. Jack Jallo, MD has a rating of 4 out of 5 stars based on the reviews from 50 patients. FindaTopDoc has aggregated the experiences from real patients to help give you more insights and information on how to choose the best Neurosurgeon in your area. These reviews do not reflect a providers level of clinical care, but are a compilation of quality indicators such as bedside manner, wait time, staff friendliness, ease of appointment, and knowledge of conditions and treatments.
Overall Rating
Promptness
Courteous Staff
Accurate Diagnosis
Bed Side Manner
Would Recommended to Family and Friends

Get to know Neurosurgeon Dr. Jack Jallo, who serves patients in Philadelphia, Pennsylvania.

Dr. Jallo is a highly experienced neurosurgeon who treats conditions such as back & neck pain, herniated disc, hyperhidrosis, scoliosis spinal curvatures, spinal cord injury, and spinal tumors. He is affiliated with Methodist Hospital, Vickie & Jack Farber Institute for Neuroscience, and Jefferson Hospital for Neuroscience, all of which are a part of Jefferson Health.

In addition to his clinical role, Dr. Jallo serves as a Professor within the Department of Neurological Surgery at Sidney Kimmel Medical College – Thomas Jefferson University. He is also Vice-Chair for Academic Services & Director of the Division of Neurotrauma and Critical Care for the Department of Neurological Surgery at the said establishment.

The doctor’s acclaimed career in medicine began after he earned his medical degree from the George Washington University School of Medicine. He then went on to complete his internship, residency in neurosurgery, and fellowship in neurotrauma/critical care at Temple University Hospital.

Bringing a wealth of clinical expertise to his profession, Dr. Jallo is board-certified through the American Board of Neurological Surgery, whose broad aim is to encourage the study, improve the practice, elevate the standards, and advance the science of neurological surgery and thereby serve the cause of public health.

In addition to being a Fellow of the American College of Surgeons (FACS), he is a member of the Alpha Omega Alpha, Phi Betta Kappa, the American Association of Neurological Surgeons, the Congress of Neurological Surgeons, the American Medical Association, the Philadelphia County Medical Society, the Pennsylvania Medical Society, and the Pennsylvania Neurological Society. He has an extensive list of published research in leading medical journals, as well as has authored or co-authored 18 book chapters, and edited two textbooks of neurosurgery. His research has been funded through industry grants and through the National Institutes of Health.

Neurosurgery is the medical specialty concerned with the prevention, diagnosis, surgical treatment, and rehabilitation of disorders which affect any portion of the nervous system including the brain, spinal cord, peripheral nerves, and extra-cranial cerebrovascular system. Neurosurgeons are doctors who diagnose and treat problems with the nervous system, often by performing surgery on the brain or spine. They treat strokes, tumors, certain types of birth defects, infections, and head or spinal cord injuries.