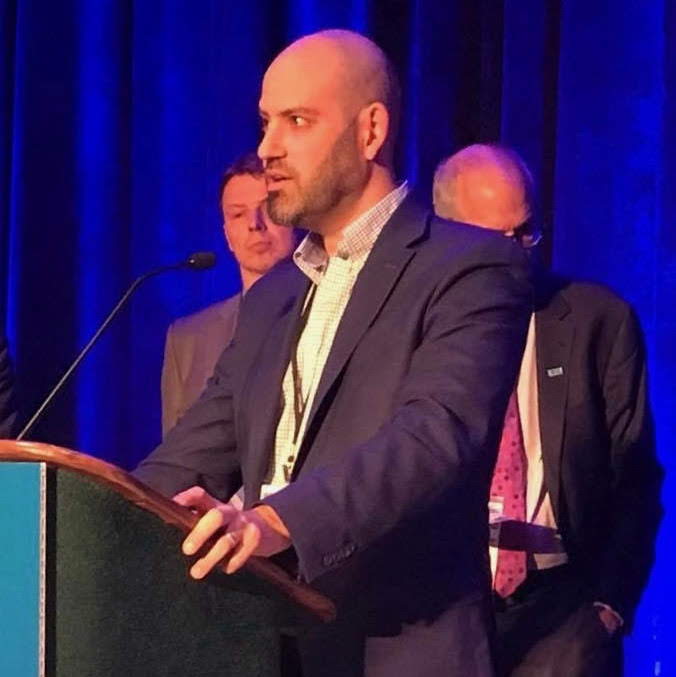 Daniel Ari Popowich M.D. is the Director of Colon and Rectal Surgery at St. Francis Hospital The Heart Center®. He has leading-edge expertise in the fields of Inflammatory Bowel Disease, Colon and Rectal Cancer, Laparoscopic (minimally invasive) Surgery, Single Incision Laparoscopic Surgery, Robotic Surgery, Transanal Minimally Invasive Surgery, and Sphincter Preserving Surgery. Dr. Popowich is certified by the American Board of Surgery and the American Board of Colon and Rectal Surgery and is a part of over 6 different professional societies including: American Society of Colorectal Surgeons, American College of Surgeons, and Society of American Gastrointestinal and Endoscopic Surgeons. He has also written over 20 peer reviewed manuscripts and several book chapters involving colon and rectal cancer, inflammatory bowel diseases, and various techniques in Minimally Invasive Surgery and frequently lectures and teaches locally, nationally and internationally.

Dr. Daniel A. Popowich, MD, FACS, FASCRS has a rating of 4 out of 5 stars based on the reviews from 19 patients. FindaTopDoc has aggregated the experiences from real patients to help give you more insights and information on how to choose the best Colon and Rectal Surgeon in your area. These reviews do not reflect a providers level of clinical care, but are a compilation of quality indicators such as bedside manner, wait time, staff friendliness, ease of appointment, and knowledge of conditions and treatments.
Overall Rating
Promptness
Courteous Staff
Accurate Diagnosis
Bed Side Manner
Would Recommended to Family and Friends

Get to know General and Colorectal Surgeon Dr. Daniel A. Popowich, who serves patients in New York.

Dr. Popowich is double board-certified in the fields of general and colorectal surgery. Regardless of the disease process in these two fields, Dr. Popowich’s primary focus is treating patients using the most advanced, minimally invasive techniques. His motivation is to create the smallest incisions possible which would lead to the least amount of pain possible and the fastest recovery possible. These techniques include but are not limited to laparoscopic surgery, single incision laparoscopic surgery, robotic surgery, and transanal minimally invasive surgery.

Currently, Dr. Popowich serves as the Chief of Colon and Rectal Surgery at St. Francis Hospital, The Heart Center in Roslyn, New York. It is New York’s only specialty designated cardiac center and offers one of the leading cardiac care programs in the nation. In January 2020, St. Francis Hospital scored a 5-star rating from the Centers for Medicare and Medicaid. St. Francis is one of only three hospitals in the New York City metro area to receive the prestigious rating and the first and only one on Long Island to do so. A little known secret is that their Gastroenterology Department and Colon and Rectal Surgery department provide unparalleled world-class care on par with the Heart Center.

Again, his focus in treating all of his patients is to perform surgeries as minimally invasive as possible. Very commonly, his patients leave the hospital without the need for narcotic pain medication and are back to work faster than previously thought possible.

A Fellow of the American College of Surgeons and a Fellow of the American Society of Colorectal Surgeons, he is board-certified in general surgery by the American Board of Surgery (ABS). The ABS is an independent, non-profit organization located in Philadelphia, Pennsylvania, founded for the purpose of certifying surgeons who have met a defined standard of education, training, and knowledge.

For the purpose of advancing his professional development, he remains a member of the American Society of Colon and Rectal Surgeons, the American College of Surgeons, and the Society of American Gastrointestinal and Endoscopic Surgeons amongst other local, national and international societies.

Among his many accolades in the fields of general surgery and colorectal surgery, Dr. Popowich has written over 20 peer-reviewed manuscripts and several book chapters involving colon and rectal cancer, inflammatory bowel diseases, and various techniques in minimally invasive surgery. He also frequently lectures and teaches on a local, national, and international level. He most recently was one of three Editors of the SAGES Manual of Colorectal Surgery published by Springer in early 2020. This textbook is considered to be the new authority on Minimally Invasive Colorectal Surgery techniques.