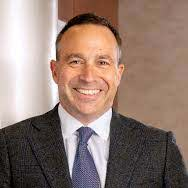 Dr. John F. Lazar, MD has a rating of 1 out of 5 stars based on the reviews from 1 patient. FindaTopDoc has aggregated the experiences from real patients to help give you more insights and information on how to choose the best Cardiothoracic Surgeon in your area. These reviews do not reflect a providers level of clinical care, but are a compilation of quality indicators such as bedside manner, wait time, staff friendliness, ease of appointment, and knowledge of conditions and treatments.
Overall Rating
Promptness
Courteous Staff
Accurate Diagnosis
Bed Side Manner
Would Recommended to Family and Friends

Dr. Lazar is a careful and well-trained cardiothoracic surgeon serving as the Director of Thoracic Robotics at Medstar Washington Hospital Center in Washington, D.C. One of his major clinical interests is building Medstar into a regional epicenter for robotic surgery, with a comprehensive emphasis on the patient’s individual experience at the hospital. He and his team of surgeons are receiving referrals of patients with conditions of the thoracic region.

Occupying a prominent position, Dr. Lazar specializes in the treatment of malignant and benign diseases of the lung, the esophagus, the mediastinum, the trachea, and the bony structures of the chest wall. He uses laparoscopic, video-assisted thoracoscopic surgery (VATS), robotic, and open surgical techniques for the treatment of thoracic conditions. Some of the surgeries he performs are robotic esophagectomy, mediastinal resections, hiatal hernia repair, tracheal repair and resection, and complex robotic lung preserving resections. In addition, he and his team are one of the only teams in the world that robotically treat tracheobronchial malacia, a condition that causes difficulty breathing due to airway collapse.

The doctor’s clinical interests include treating benign and malignant diseases of the esophagus, lung cancer prevention, and the use of advanced robotic surgical techniques in the chest. His professional interests have focused on developing new technologies for robotic surgery, understanding and alleviating healthcare disparity, and applying multidisciplinary approaches to improve long-term survival and quality of life for thoracic cancer patients. He is passionate about educating communities about the benefits of quitting smoking while giving them the tools necessary to quit, and educating them on the ways to get screened for lung cancer.

With an unwavering commitment to his profession, he is board-certified in thoracic and cardiac surgery by the American Board of Thoracic Surgery, an American surgical organization devoted to surgery of the chest. He is also a member of the Society of Thoracic Surgeons and the Society of Robotic Surgery, as well as serves on the Executive Board of both the Eastern Cardiothoracic Surgical Society and the American Lung Association.

On the subject of his educational background, Dr. Lazar received his medical degree from St. George’s University School of Medicine and completed his general surgery training at UPMC/Pinnacle in Harrisburg, Pennsylvania. He went on to complete a two-year fellowship in thoracic surgery at the University of Rochester, a national leader in esophageal surgery and complex minimally invasive surgery.

Anticipating the growing role of robotics in surgery, Dr. Lazar joined the Division of Thoracic Surgery at Lenox Hill Hospital in New York City as a fellow in minimally invasive thoracic surgery with a concentration in robotic surgery and thoracic oncology. As a result of this training, he is one of the only dedicated fellowship-trained thoracic robotic surgeons in the world. Subsequently, he returned to UPMC/PinnacleHealth in Pennsylvania, where he developed their Robotics Institute and expanded the program into the largest community based robotic programs in the state.

Cardiothoracic surgery is the field of medicine involved in the surgical treatment of organs inside the thorax. Cardiothoracic surgeons are medical doctors who specialize in surgical procedures inside the thorax, which may involve the heart, lungs, esophagus, and other organs in the chest. Alongside performing surgery, they also diagnose and treat diseases of these organs.

As a testament to his success, Dr. Lazar has been the recipient of numerous awards, including the Intuitive Clinical Robotic Research Grant, which gave him the opportunity to explore the financial impact and clinical benefit of a community thoracic robotic program; the Thoracic Surgery Foundation for Research and Education Alley-Sheridan Scholarship; the Pennsylvania Comprehensive Cancer Control Mini-Grant for Smoking Cessation in Pregnant Women; and First Place for Best Video Presentation awarded by the International Society for Minimally Invasive Cardiothoracic Surgery at the annual meeting, where he presented a video presentation of robotically-assisted bilateral bronchoplasty for tracheobronchial malacia. In addition, he has presented his research at dozens of meetings across the country for international conferences and organizations.