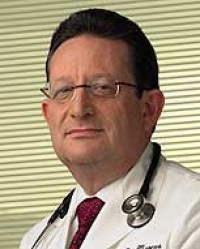 Dr. Samuel Marcus is a gastroenterologist practicing in Mountain View, CA. Dr. Marcus specializes in the digestive system and its diseases that affect the gastrointestinal tract, which include organs from the mouth to the anus as well as liver disorders. Gastroenterology includes conditions such as hepatitis, peptic ulcer disease, colitis, nutritional problems and irritable bowel syndrome. Dr. Marcus performs colonoscopy and endoscopy procedures and provides accurate and thorough care for patients suffering from digestive issues.

University of Liverpool Faculty of Health and Life Sciences 1977

early detection and prevention of colon cancer, the diagnosis and management of Crohn’s disease and ulcerative colitis, and the endoscopic management of obesitycolonoscopy, endoscopy, sigmoidoscopy, and hemorrhoid removal

Dr. Samuel N. Marcus, MD, PhD has a rating of 4 out of 5 stars based on the reviews from 39 patients. FindaTopDoc has aggregated the experiences from real patients to help give you more insights and information on how to choose the best Gastroenterologist in your area. These reviews do not reflect a providers level of clinical care, but are a compilation of quality indicators such as bedside manner, wait time, staff friendliness, ease of appointment, and knowledge of conditions and treatments.
Overall Rating
Promptness
Courteous Staff
Accurate Diagnosis
Bed Side Manner
Would Recommended to Family and Friends

Dr. Marcus is a practicing gastroenterologist serving the San Francisco Bay Area from his clinic in Mountain View, California since 1992. He is particularly interested in the early detection and prevention of colon cancer, the diagnosis and management of Crohn’s disease and ulcerative colitis, and the endoscopic management of obesity.

Some of the procedures that he performs include: colonoscopy, endoscopy, sigmoidoscopy, and hemorrhoid removal.

Among his other clinical and academic appointments, Dr. Marcus has been serving as an Adjunct Clinical Professor of Medicine at the Stanford University School of Medicine since 2002. He is also an attending physician at El Camino Hospital, Mountain View Endoscopy Center, and Stanford University Medical Center, as well as serves as the Medical Director of El Camino Crohn’s and Colitis Medical Clinic.

His acclaimed career in medicine began after he earned his medical degree from the University of Liverpool School of Medicine in 1977. He then went on to serve his residency in internal medicine and his fellowship in gastroenterology at the same educational venue in 1981 and 1983, respectively.

Specializing in diseases and disorders of the digestive tract and liver, Dr. Marcus is board-certified in gastroenterology by the American Board of Internal Medicine (ABIM). The ABIM is a physician-led, non-profit, independent evaluation organization driven by doctors who want to achieve higher standards for better care in a rapidly changing world.

Head north 227 ft
Turn right onto North Drive 948 ft
Turn right 135 ft
Enter the roundabout 133 ft
You have arrived at your destination, on the right