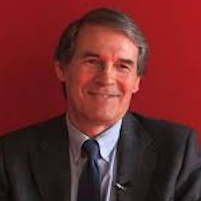 Dr. Philip R. Kennedy, MD, PhD has a rating of 3 out of 5 stars based on the reviews from 70 patients. FindaTopDoc has aggregated the experiences from real patients to help give you more insights and information on how to choose the best Neurologist in your area. These reviews do not reflect a providers level of clinical care, but are a compilation of quality indicators such as bedside manner, wait time, staff friendliness, ease of appointment, and knowledge of conditions and treatments.
Overall Rating
Promptness
Courteous Staff
Accurate Diagnosis
Bed Side Manner
Would Recommended to Family and Friends

Get to know Neurologist Dr. Philip R. Kennedy, who serves patients in Atlanta and Duluth, Georgia.

Working as a neuroscientist and neurologist, Dr. Kennedy is Chief Scientist & CEO of Neural Signals, Inc. which he founded in 1989.

His goal was to develop a brain-computer interface that would give a paralyzed patients the ability to communicate with the external world and to control external devices. He personally funded the research company’s initial development of a novel implantable device for detecting and transmitting signals from the cerebral cortex.

“For many decades, the idea that we could control computers with little more than our thoughts has been the stuff of science fiction and the dream of many scientists. Neural Signals is fortunate to be the historic first to allow a locked-in man — who is alert and intelligent but unable to move or speak — the ability to control a computer directly with neural signals” expressed the doctor.

Born in Sussex, United Kingdom, Dr. Kennedy graduated with his medical degree from the University College Dublin School of Medicine in 1972 and received his Doctor of Philosophy degree from Northwestern University in Chicago in 1983.

He spent four years with the Department of Physiology at the University of Western Ontario in London, Ontario, Canada, with Prof. V. Brooks. He completed his PhD in Northwestern university in Chicago from 1980 to 1983. In 1983, he then became a postdoctoral fellow with Prof. D. Humphrey at the Department of Physiology at Emory University in Atlanta, before acquiring a position as a research scientist at the Biomedical Center, Georgia Institute of Technology in 1986. Concurrently, he held an associate position at Yerkes Primate Center at Emory University. In 1993, he returned to clinical work at Emory University and completed a residency in neurology.

With over five decades of experience, Dr. Kennedy is board eligible in neurology by the American Board of Psychiatry and Neurology (ABPN). The ABPN is a not-for-profit corporation dedicated to promoting high-quality patient care for the public through the initial and continuing certification of psychiatrists and neurologists.

An inventor and pioneer in his field, Dr. Kennedy’s work has been published in major scientific journals and has been funded by the NIH and other agencies. His current research interests include long-term recording from the human brain for communication and prosthetic purposes.

He is the author of “Unlocking Erik: A Freedom Journey to Restore the Speech of Those with Locked-In Syndrome”, a book that depicts the trials and tribulations when trying to restore speech to Erik who was locked-in (paralyzed and mute) at age 16.