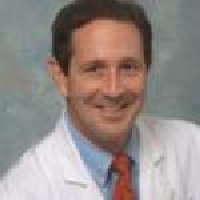 Phone: Fax: Privileges: Stephen M. Hamilton, M.D.'s mission is to provide the most advanced ophthalmologic care in a compassionate and highly skilled manner. He takes a personal interest in the well-being ...

University of Alabama School of Medicine 1989

Dr. Stephen Hamilton MD has a rating of 5 out of 5 stars based on the reviews from 132 patients. FindaTopDoc has aggregated the experiences from real patients to help give you more insights and information on how to choose the best Ophthalmologist in your area. These reviews do not reflect a providers level of clinical care, but are a compilation of quality indicators such as bedside manner, wait time, staff friendliness, ease of appointment, and knowledge of conditions and treatments.
Overall Rating
Promptness
Courteous Staff
Accurate Diagnosis
Bed Side Manner
Would Recommended to Family and Friends