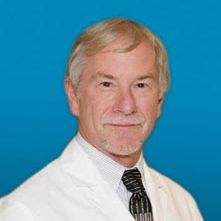 American Board of Dermatology

Dr. D. Scott Karempelis, MD has a rating of 4 out of 5 stars based on the reviews from 23 patients. FindaTopDoc has aggregated the experiences from real patients to help give you more insights and information on how to choose the best Doctor in your area. These reviews do not reflect a providers level of clinical care, but are a compilation of quality indicators such as bedside manner, wait time, staff friendliness, ease of appointment, and knowledge of conditions and treatments.
Overall Rating
Promptness
Courteous Staff
Accurate Diagnosis
Bed Side Manner
Would Recommended to Family and Friends

Dr. Karempelis (better known as Dr. K around the office) has been a partner at Dermatology Associates of Atlanta since 1989. A true laser expert, he is always on the cutting-edge of the latest skin care treatments.

In 1985, he attained board certification in dermatology through the American Board of Dermatology (ABD). The ABD is a voluntary, non-profit, private, autonomous organization formed for the primary purpose of protecting the public interest by establishing and maintaining high standards of training, education, and qualifications of physicians rendering care in dermatology.

Dermatology is the branch of medicine dealing with the skin, the largest organ of the body; a specialty with both medical and surgical aspects. A dermatologist is a specialist doctor who manages skin diseases and deals with both internal and external causes and some cosmetic concerns involving the skin. Dermatological duties include taking consultations, providing screening tests, and undertaking non-invasive surgical procedures.

Head north on Peachtree Dunwoody Road 3.9 mi
Turn right onto Old Balloon Road 707 ft
You have arrived at your destination, on the right

Head north on Peachtree Dunwoody Road 3.9 mi
Turn left 536 ft
Enter the roundabout 88 ft
You have arrived at your destination, on the right

Head north on Peachtree Dunwoody Road 3.4 mi
Turn left onto Glenridge Connector 589 ft
Turn right onto Meridian Marks Drive 1122 ft
You have arrived at your destination, on the right