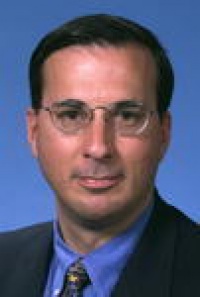 Dr. Philip Kregor is a trauma surgeon practicing in Nashville, TN. Dr. Kregor specializes in both operative and non-operative management to treat life threatening, traumatic injuries. Some commonly operated areas include the stomach, colon, spleen and pancreas and trauma surgeons also work with other surgeons to stabilize patients in critical condition. Typically, trauma surgeons work in the emergency care area of a hospital. 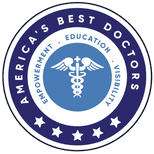 Dr. Philip J. Kregor, MD has a rating of 4 out of 5 stars based on the reviews from 32 patients. FindaTopDoc has aggregated the experiences from real patients to help give you more insights and information on how to choose the best Trauma Surgeon in your area. These reviews do not reflect a providers level of clinical care, but are a compilation of quality indicators such as bedside manner, wait time, staff friendliness, ease of appointment, and knowledge of conditions and treatments.
Overall Rating
Promptness
Courteous Staff
Accurate Diagnosis
Bed Side Manner
Would Recommended to Family and Friends

Since its founding in 1949, Hughston Clinic has sought to provide the most advanced orthopedic services available to men, women, and children of all ages and all walks of life.

Today, it comprises a number of leading institutions for the diagnosis and treatment of orthopedic conditions, as well as orthopedic research, education, and training.

Prior to coming to Hughston Clinic, Dr. Kregor served as Director of the Hip and Fracture Institute and as an Associate Professor in the Orthopedic Surgery Division of Meharry Medical College.

A native of Louisville, Kentucky, Dr. Kregor attended the University of Kentucky, from which he graduated in 1984 with a Bachelor of Science degree in Chemical Engineering, and minors in English and Chemistry. He then attended the Vanderbilt University School of Medicine and was inducted into the Alpha Omega Alpha medical honorary society in 1987. He earned a Master of Business Administration degree at the Vanderbilt Owen Graduate School of Management, completed his surgical internship at Duke University Medical Center, and completed his residency in orthopedic surgery at University of Washington / Harborview Medical Center. While in Washington, he was awarded the first International Fellowship in Pelvic and Acetabular Trauma, and completed the AO Jack McDaniel Fellowship in trauma, studying in Germany and Switzerland.

Licensed to practice medicine in Georgia, Tennessee, and Alabama, the doctor is board-certified in orthopedic surgery by the American Board of Orthopedic Surgery (ABOS). The ABOS is an organization with the goal of establishing educational and professional standards for orthopedic residents and surgeons as well as evaluating the qualifications and competence of orthopedic surgeons.

Having been published in major orthopedic and trauma medical journals, he presents his scientific research at national meetings and symposiums. He plans to continue his research interests through the Hughston Foundation, Inc.

Throughout his illustrious career, Dr. Kregor has received various accolades, including the PeriOperative Facilitation Award by the Vanderbilt Medical Center in 2007, and the Best Doctors in America Award from 2005 through 2013. Furthermore, he was named one of “The Top 29 Orthopedic Traumatologists in the US” by Orthopedics This Week in 2012.

On a more personal note, he enjoys cycling, snow skiing, swimming, watching his son Chase play lacrosse and football, and hanging out with his daughter, Elle.

Head southeast on 23rd Avenue North 330 ft
You have arrived at your destination, on the right

Head north on Dickerson Pike (US 31W) 1404 ft
Turn right 2352 ft
You have arrived at your destination, on the left

Head north on Dickerson Pike (US 31W) 586 ft
Take the ramp on the left 67 ft
Make a sharp left onto Dickerson Pike (US 31W) 4.3 mi
Keep right at the fork onto North 1st Street 1731 ft
Turn right onto Spring Street 944 ft
Continue straight onto Jefferson Street Bridge 1.7 mi
Turn left onto Dr D B Todd Jr Boulevard 1222 ft
Turn right onto Albion Street 480 ft
You have arrived at your destination, on the right