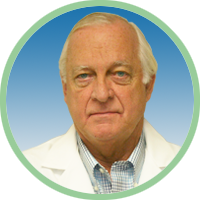 William A. McNamara, MD, is an orthopedic surgeon who diagnoses and treats patients at Physician Associates in Rockville, MD. He joined Physician Associates in 2004 and is currently limiting his practice to orthopedic medicine. Furthermore, he has staff memberships at several local hospitals, including Suburban Hospital, where he served as Chief of Orthopedics in Colorado Springs, CO (1984-1986). Dr. McNamara’s professional journey spans 48 years and has knowledge and expertise in all facets of orthopedic surgery. Prior to his current endeavors, he served in the US Army as Chief of Orthopedic Surgery at Fort Carson Army Hospital (1972-1974). He then entered private practice in 1974.

Dr. William A. McNamara, MD has a rating of 5 out of 5 stars based on the reviews from 7 patients. FindaTopDoc has aggregated the experiences from real patients to help give you more insights and information on how to choose the best Orthopedist | Adult Reconstructive Orthopaedic Surgery in your area. These reviews do not reflect a providers level of clinical care, but are a compilation of quality indicators such as bedside manner, wait time, staff friendliness, ease of appointment, and knowledge of conditions and treatments.
Overall Rating
Promptness
Courteous Staff
Accurate Diagnosis
Bed Side Manner
Would Recommended to Family and Friends

Dr. McNamara is an orthopedic surgeon who has over 40 years of experience in his field. In 2004, he joined Physician Associates, where he limits his practice to orthopedic medicine. Physician Associates was founded in 1972 by Elliot R Goldstein, MD. Today, the practice has grown to include more than 20 physicians and multiple offices. The physicians are diverse in their specialties to accommodate patients’ diverse needs.

Dr. McNamara is also affiliated with Suburban Hospital. Dr. McNamara is board-certified in orthopaedic surgery by the American Board of Orthopaedic Surgery (ABOS). The ABOS maintains the highest standards for education, practice, and conduct through examination, certification, and maintenance of certification for the benefit of the public. Its mission is to ensure safe, ethical, and effective practice of orthopaedic surgery.

Dr. McNamara received his undergraduate degree from the University of Notre Dame in 1962. Thereafter, he went on to attend medical school at Georgetown University, where he graduated with his medical degree in 1966. Dr. McNamara had several years of residency in general surgery and orthopedic surgery residency was completed at George Washington University Hospital - Washington Hospital Center.