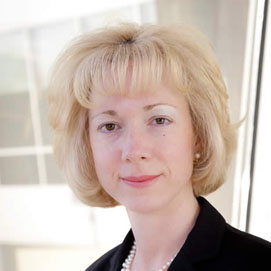 Dr. Caroline Skudlarek is an obstetrician-gynecologist practicing in Providence, RI. Dr. Skudlarek specializes in women's health, particularly the female reproductive system, pregnancy and childbirth. As an obstetrician-gynecologist, or OB-GYN, Dr. Skudlarek can treat a number of health issues related to the vagina, uterus, ovaries, fallopian tubes and breasts. Dr Skudlarek can also treat women during pregnancy, labor, childbirth and the postpartum period. In this specialty, doctors focus on reproductive care from puberty through adulthood.

Dr. Caroline Maria Skudlarek, FACOG, FACOOG has a rating of 4 out of 5 stars based on the reviews from 14 patients. FindaTopDoc has aggregated the experiences from real patients to help give you more insights and information on how to choose the best OB-GYN (Obstetrician-Gynecologist) in your area. These reviews do not reflect a providers level of clinical care, but are a compilation of quality indicators such as bedside manner, wait time, staff friendliness, ease of appointment, and knowledge of conditions and treatments.
Overall Rating
Promptness
Courteous Staff
Accurate Diagnosis
Bed Side Manner
Would Recommended to Family and Friends

An established obstetrician-gynecologist, Dr. Skudlarek is affiliated with Bayside OB-GYN in Providence, Rhode Island. Being trained as an osteopathic physician in the field of obstetrics and gynecology has allowed her to offer her patients the epitome of medical care.

“Osteopathic medicine combines all the science of today’s medical technology and understanding with a hands-on approach taught during osteopathic training” expressed the doctor.

This philosophy has educated her on how to treat patients as a whole. In practice, she listens carefully with patience and compassion in order to effectively diagnose and treat the individual problems unique to each patient. This allows her to offer the most comprehensive medical care.

An authority in her field, the doctor is board-certified in obstetrics and gynecology by the American Osteopathic Board of Obstetrics and Gynecology (AOBOG). The AOBOG is an organization that provides board certification to qualified Doctors of Osteopathic Medicine (D.O.) who specialize in the care of the female reproductive tract and children during the course of pregnancy, childbirth, and the postnatal period (obstetricians) and to qualified Doctors of Osteopathic Medicine who specialize in the diagnosis and treatment of diseases of the female reproductive tract (gynecologists).

On a more personal note, Dr. Skudlarek is fluent in English and German.

Head north on Plain Street 364 ft
Turn left onto Dudley Street 195 ft
Turn right 234 ft
You have arrived at your destination, on the right