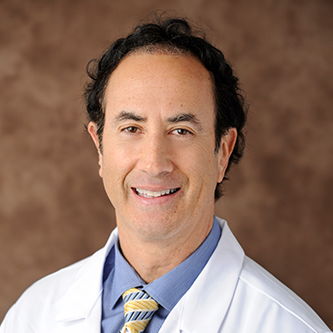 Michael D. Seidman, MD, FACS attained both his B.S. in Human Nutrition and M.D. from the School of Public Health and the Medical School at the University of Michigan. After a five-year residency in Otolaryngology-Head and Neck Surgery at Henry Ford Health System (HFHS) he completed a fellowship in Otologic/Neurotologic and Skull Base. At HFHS, he led skull base surgery, wellness and integrative medicine and secured millions of dollars in philanthropy to build the first Center for Integrative Medicine, the first organic hydroponic green house to grow herbs and greenery for patients and employees and he was one of the lead architects for the new 370 million dollar hospital based upon the concepts of wellness. Seidman was recruited in 2016 to be the Director of Otologic/Neurotologic Surgery and the Medical Director of Wellness for FHCH and Professor of Oto-HNS for University of Central Florida. He served as Director of Research for 28 years for HFHS and is the Director of the Scientific Advisory Board for ViSalus Sciences. Seidman is a past President of the Michigan Otolaryngology Society, was elected as the Chair-Board of Governors for the American Academy of Otolaryngology-Head and Neck Surgery (AAO-HNS) in 2010-12, and elected in 2013 to the Board of Directors. He works on matters of Governmental and regulatory concerns, including several presentations to Congress and the FDA. He was appointed to the medical board for the State of Michigan by the Governor and has the privilege of serving in numerous leadership roles locally, nationally and internationally, and serves as an editor, associate editor, and on the review board of eight national or international journals including the American Journal of Chinese Medicine. Seidman is an active scientist and has extramural funding from the National Institute of Health and other major institutions to study Maintenance of Certification and Licensure, hearing loss and NIHL. He is considered an expert on the molecular basis of ageing, noise induced hearing loss, otologic/neurotologic-skull base surgery, all aspects of ear, nose, throat, head and neck surgery, tinnitus, herbal therapies, nutrition/antioxidants and their relationship to health, sports and aging and complementary/integrative medicine. He has mentored more than 250 high school, medical students, residents, post-docs and junior colleagues over the past 30 years. Additionally, he has developed two new surgical procedures; one for reconstructing the ear bones and the other, a brain surgery to manage tinnitus. Lastly, he is one of several investigators in N. America selected to work on Clinical trials with the Envoy Corporation (Fully Implantable hearing devices), Auris Medical (AM-101 and 111), and Microtransponder which is evaluating the Vagal Nerve Stimulator to manage chronic tinnitus. Seidman lectures internationally on such topics; has more than 130 publications; 25 book chapters, a book published by Time Warner “Save Your Hearing Now” and another book “Complementary and Integrative Therapies for ENT Disorders”. He has received numerous awards including being honored as one of the top Doctors in the USA since 1996 and was honored by the AAO-HNS with the Clinical Practitioner Excellence Award (given to one Otolaryngologist each year). He has been awarded seven patents in the nutritional/aging and surgical fields. Additionally, he has several more patents pending on, aging, mitochondrial function endurance enhancement, and surgical tools and techniques. Seidman has been interviewed on Good Morning America, CNN and other national news venues and has been quoted nationally and internationally in such magazines as “O”, “Shape”, Women’s World, Prevention, Men’s Health, The Wall Street Journal, New York and the London Times. Since 1981 he has studied conventional and complementary/integrative methodology to promote health and wellness. Additionally, he is working on humanitarian efforts that include building an ENT hospital in Bangladesh and helping to solve the devastating problem of Rickets in more than 400,000 children.

Dr. Michael D. Seidman M.D. has a rating of 4 out of 5 stars based on the reviews from 49 patients. FindaTopDoc has aggregated the experiences from real patients to help give you more insights and information on how to choose the best Ear-Nose and Throat Doctor (ENT) in your area. These reviews do not reflect a providers level of clinical care, but are a compilation of quality indicators such as bedside manner, wait time, staff friendliness, ease of appointment, and knowledge of conditions and treatments.
Overall Rating
Promptness
Courteous Staff
Accurate Diagnosis
Bed Side Manner
Would Recommended to Family and Friends