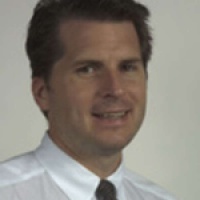 Douglas M. Iddings, MD, FACS, is a surgical oncologist with a private practice in Michigan. As a surgical oncologist, Dr. Iddings has unsurpassed surgical training regarding the critical and up-to-date surgical treatment of cancer and orchestrates the best timing of different additional therapies such as chemotherapy and radiation if and when indicated. This comprehensive specialty care results in better outcomes when treating the most serious conditions. Dr. Iddings is a native of Michigan who attended Michigan State University medical school and is a fellowship trained surgical oncologist from the prestigious, world-class, John Wayne Cancer Institute. He is certified by the American Board of General Surgery and is also a member of the American Society of Oncology. Dr. Iddings is additionally a Fellow of the American College of Surgeons.

American Board of General Surgery

Dr. Douglas M. Iddings DO has a rating of 5 out of 5 stars based on the reviews from 77 patients. FindaTopDoc has aggregated the experiences from real patients to help give you more insights and information on how to choose the best Surgical Oncologist in your area. These reviews do not reflect a providers level of clinical care, but are a compilation of quality indicators such as bedside manner, wait time, staff friendliness, ease of appointment, and knowledge of conditions and treatments.
Overall Rating
Promptness
Courteous Staff
Accurate Diagnosis
Bed Side Manner
Would Recommended to Family and Friends