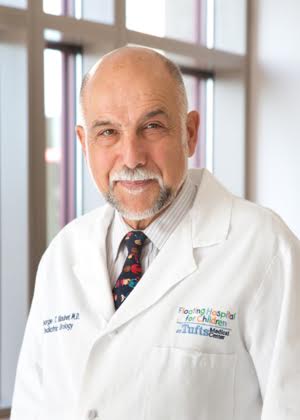 George Klauber, MD, is Professor of Urology Emeritus at Tufts University Medical School and a pediatric urologist working at Floating Children's Hospital, Tufts Medical Center, Boston. Also with Merrimack Urology Associates in Chelmsford, Massachusetts. Dr. Klauber has 46 years in practice and graduated from Guy's Hospital in 1964. He served his residency training at the Royal Victoria Hospital McGill University, Montreal, Canada. Dr. Klauber was fellowship trained at The Hospital for Sick Children, London and the Alder Hey Children's Hospital, Liverpool. Additionally, he is certified by the American Board of Urology in Pediatric Subspecialty and is a Felow of the American Academy of Pediatrics. He is a member of the American Urologic Association & The Society of Pediatric Urology. Due to his hard work and accomplishments, Dr. Klauber was a recipient of the Patientsï¿½ Choice Award from 2010 to 2014 and a 5 year honouree for Compassionate Doctor Recognitions.

American Board of Urology- Pediatric Subspecialty

Dr. George T Klauber MD has a rating of 5 out of 5 stars based on the reviews from 1 patient. FindaTopDoc has aggregated the experiences from real patients to help give you more insights and information on how to choose the best Urologist (Pediatric) in your area. These reviews do not reflect a providers level of clinical care, but are a compilation of quality indicators such as bedside manner, wait time, staff friendliness, ease of appointment, and knowledge of conditions and treatments.
Overall Rating
Promptness
Courteous Staff
Accurate Diagnosis
Bed Side Manner
Would Recommended to Family and Friends