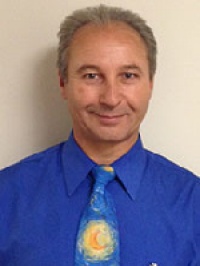 MD at the University of Bucharest

Can Tho University of Medicine and Pharmacy 1990

American Board of Internal Medicine- Gastroenterology

Dr. Calin S. Arimie MD has a rating of 4 out of 5 stars based on the reviews from 46 patients. FindaTopDoc has aggregated the experiences from real patients to help give you more insights and information on how to choose the best Gastroenterologist in your area. These reviews do not reflect a providers level of clinical care, but are a compilation of quality indicators such as bedside manner, wait time, staff friendliness, ease of appointment, and knowledge of conditions and treatments.
Overall Rating
Promptness
Courteous Staff
Accurate Diagnosis
Bed Side Manner
Would Recommended to Family and Friends

Get to know Gastroenterologist Dr. Calin S. Arimie, who serves the population of West Hills, California. Dr. Arimie has been practicing for more than three decades and is currently serving patients within in Site Digestive Health Care in West Hills, California. He also serves as the GI Lab Medical Director at West Hills Hospital. Dr. Arimie’s acclaimed career in medicine began in 1987, when he graduated with his Medical Degree from the Carol Davila University of Medicine and Pharmacy in Bucharest, Romania. After moving to the United States, he completed a residency at the Los Angeles County University of Southern California Medical Center, before undertaking his fellowship in Gastroenterology at Loma Linda University in California. Dr. Arimie is dual board certified in Internal Medicine and Gastroenterology by the American Board of Internal Medicine, and he is a distinguished member of the American Academy of Anti-Aging Medicine, the American Gastroenterological Association, and the American College of Gastroenterology. He is particularly renowned for his use of natural treatments, and attributes his success to the time he spends with his patients, as well as his belief in addressing the cause not the symptoms. When he is not working, Dr. Arimie enjoys skiing, snowboarding, and playing tennis. Gastroenterology is the study of the normal function and diseases of the esophagus, stomach, small intestine, colon and rectum, pancreas, gallbladder, bile ducts and liver. It involves a detailed understanding of the normal action (physiology) of the gastrointestinal organs including the movement of material through the stomach and intestine (motility), the digestion and absorption of nutrients into the body, removal of waste from the system, and the function of the liver as a digestive organ. It includes common and important conditions such as colon polyps and cancer, hepatitis, gastroesophageal reflux (heartburn), peptic ulcer disease, colitis, gallbladder and biliary tract disease, nutritional problems, Irritable Bowel Syndrome (IBS), and pancreatitis. In essence, all normal activity and disease of the digestive organs are part of the study of Gastroenterology.