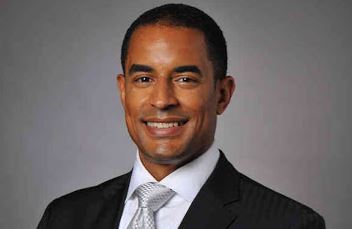 A Fellow of the American Academy of Orthopedic Surgeons, Dr. Brion Gardner, MD, FAAOS is a board-certified orthopedic surgeon and sports medicine physician who diagnoses and treats patients at Prince William Orthopedics, Hand Surgery & Sports Medicine Center located in Manassas, Virginia. Furthermore, he is affiliated with Advanced Surgery Center of Bethesda, Novant Haymarket Medical Center, Novant Health Prince William Medical Center, and Reston Surgery Center. With over a decade of experience in the field, Dr. Gardner began his career in medicine when he graduated from Emory University School of Medicine with his medical degree. From there, he went on to attend the National Naval Medical Center in Bethesda, Maryland to complete his residency. From 2006 to 2010, he served in the military in North Carolina at the Navy Hospital of Camp Lejeune Marine Corps Base. Just months prior to his discharge from the Navy, he volunteered to deploy in support of the Haitian earthquake relief. He spent 6 weeks in Guantanamo Bay, Cuba, treating US/NATO beneficiaries. In order to provide all of his patients with the best care, Dr. Gardner currently specializes in arthroscopic surgery, fracture care, robotic assisted surgery, as well as war extremity injuries. A veteran of Operation Iraqi Freedom, he was the recipient of several military awards, such as the Navy and Marine Corps Commendation Medal for his care of critically wounded marines and navy sailors injured in Iraq and Afghanistan. Other accomplishments include being named Top Doctor in Northern Virginia Magazine in 2012, 2013, and 2016 and Top Doctor in The Washington Magazine in 2014. Furthermore, he is the recipient the Patients’ Choice Awards in 2013, 2014, and 2016, the Compassionate Doctor Awards in 2013, 2014, 2015, and 2016, and the On-Time Doctor Awards in 2015 and 2016 from vitals.com. Dr. Gardner enjoys his work and is diligently trying to grow the practice. As an orthopedic surgeon, Dr. Gardner has dedicated training and unique experience in the diagnosis and preoperative, operative, and postoperative treatment of diseases and injuries of the musculoskeletal system. To remain up to date with the latest advancements in his field, Dr. Gardner is a professional member of the American Medical Association, the American Academy of Orthopedic Surgeons, the National Medical Association, the Virginia Medical Society, the Society of Military Orthopedic Surgeons, and the Washington Orthopedic Society. On a more personal note, Dr. Gardner feels that his success is attributable primarily to his training and belonging to an established practice. When he is not working, he enjoys playing golf, big game hunting, deep sea fishing, running, cycling, and traveling.