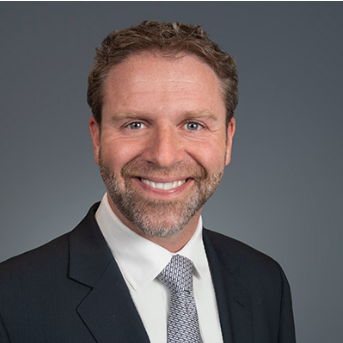 Dr. Brian W. Coyle, MD has a rating of 4 out of 5 stars based on the reviews from 15 patients. FindaTopDoc has aggregated the experiences from real patients to help give you more insights and information on how to choose the best Vascular Surgeon | Vascular Surgery in your area. These reviews do not reflect a providers level of clinical care, but are a compilation of quality indicators such as bedside manner, wait time, staff friendliness, ease of appointment, and knowledge of conditions and treatments.
Overall Rating
Promptness
Courteous Staff
Accurate Diagnosis
Bed Side Manner
Would Recommended to Family and Friends

Board-certified vascular surgeon, Dr. Coyle, utilizes the latest endovascular techniques for peripheral and visceral disease, aortic and peripheral aneurysms, as well as carotid stenting. With a special interest in lower extremity wound management and limb salvage, he is a part of the team at Connecticut Vascular Center in North Haven, Connecticut, which he joined in 2010.

Connecticut Vascular Center has been operating for over 25 years. The doctors provide a personalized approach to the treatment of vascular problems and offer a variety of treatments to ensure the best intervention possible.

Inspired to enter the field of medicine due to the influence from his family, many of whom were involved in the healthcare field, Dr. Coyle was particularly inspired by his father, who was an ophthalmologist. He spent a significant amount of time in his office as a child. Subsequently, he attended college as a young adult, obtaining his Bachelor of Science degree in Liberal Studies from the University of Delaware College of Arts and Sciences in 1998. He then went on to obtain his medical degree from Jefferson Medical College in 2003. This was followed by a residency at Yale New Haven Hospital in New Haven, Connecticut, and a fellowship at University Hospital in Newark, New Jersey.

The doctor is board-certified in both general surgery and vascular surgery by the American Board of Surgery, an independent, nonprofit organization founded in 1937 to provide board certification to individuals who have met a defined standard of education, training, and knowledge in the field of surgery. He is also certified in wound care and hyperbaric medicine.

Recognized as a prominent figure in his field, Dr. Coyle enjoys utilizing his diverse skill set to aid his patients to the best of his ability. He maintains membership status with the Society for Vascular Surgery, the Connecticut State Medical Society, and the New Haven Community Medical Group. He has been serving on the Resident Admissions Committee at Yale-New Haven Hospital, St. Raphael Campus since 2010. He served on the National Surgical Quality Improvement committee from 2010 until 2012.

A contributor of several articles to professional journals, including the Acute Radiation Syndrome after Endovascular AAA Repair, Dr. Coyle has been recognized numerous times for his contributions to his field. As such, he attributes his success to the many mentors he has accrued throughout his career, including the support and encouragement of his family. Looking toward the future, he hopes to continue making strides with his practice and cultivating progressive relationships with his patients.

Head east on George Street 2444 ft
Turn right onto Park Street 913 ft
Turn left 89 ft
You have arrived at your destination, on the right