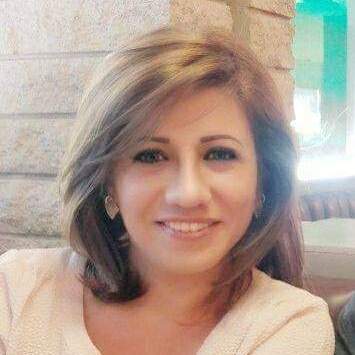 Mys is a pharmacist  who currently works at Walgreens Pharmacy - Lower Sacramento Road in Stockton, California. providing consultations , Immunizations and Medication Therapy Management (MTM). Mys earned her Bachelor of  Pharmacy degree from  Jordan University of Science and Technology in 2001.

Get to know Pharmacist (RPh) Mys Elbilleh, who serves patients in Stockton, California.

Mys is a pharmacist who currently works at Walgreens Pharmacy – Lower Sacramento Road in Stockton, California, providing consultations immunizations and Medication Therapy Management. Walgreens is an American company that operates as the second-largest pharmacy store chain in the United States. It specializes in filling prescriptions, health and wellness products, health information, and photo service.

Mys started at Walgreens Pharmacy as a Foreign Pharmacist Intern and became a Pharmacist (RPh) at the same company. She attributes this success to the Walgreens company and her Team Members who supported her through her journey.

Mys earned her Bachelor of Pharmacy degree from Jordan University of Science and Technology in 2001. Mys attributes her success to working hard, being persistent and having an inspirational family, and dedicates this success to her Late Father, Suleiman Elbilleh who always believed in her.

In addition to English, Mys speaks Arabic and French.

Mys is a member of the Jordan Pharmacists Association (JPA). The JPA was founded to serve and represent pharmacists and pharmacy profession in Jordan. The JPA works closely with the Ministry of Health (MoH), regulatory bodies, authorities, and other professional associations to assure the delivery of high-quality pharmaceutical care and services to the Jordanian population.

During her years in Jordan, Mys worked as a Pharmacist starting in Retail, Teaching Pharmaceutics and Pharmacokinetics and ending as Pharmacy Manager with MoH.

Pharmacists, also known as chemists or druggists, are health professionals who practice in pharmacy, which is the field of health sciences focusing on safe and effective medication use.