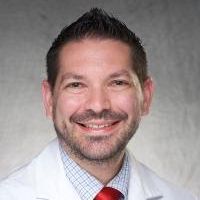 Get to know Pediatric Surgery Fellow Dr. Benjamin A. Farber, who is currently studying in Iowa City, Iowa.

Studying to become a pediatric general surgeon, Dr. Farber is currently a Pediatric Surgery Fellow at the Roy J. and Lucille A. Carver College of Medicine at the University of Iowa.

“I love working with pediatric patients. I always enjoyed my pediatric surgery rotations in residency and was fascinated by the breadth of pathology we treat in pediatric surgery. I also love that I’m constantly learning things every day from every patient. I love being able to see a broad range of patients, from premature infants to adolescents, who often have a specific pathology that responds to surgical intervention” expressed Dr. Farber.

Growing up in Northern California, he graduated with his Bachelor of Science degree in Cellular and Molecular Biology and Spanish from the San Diego State University-California State University in 2008. He then went on to earn his medical degree from The George Washington University School of Medicine and Health Sciences in 2012.

Wanting to further his education, Dr. Farber served as a research fellow at Memorial Sloan Kettering Cancer Center and The Rockefeller University from September of 2014 until June of 2016. He worked with Michael LaQuaglia, MD, and Sanford Simon, PhD, where he studied non-coding RNAs in fibrolamellar hepatocellular carcinoma. Subsequently, he performed his residency in general surgery at the Albert Einstein College of Medicine/Montefiore Medical Center, completing his training in 2019.

“After interviewing at the University of Iowa, I was very impressed at how tight knit of a group the pediatric surgery team was. I came away from the day feeling right at home. The new children’s hospital is also amazing, and the camaraderie between the nurse practitioners, surgeons, fellows, residents, and pediatrics teams makes the University of Iowa an amazing place to train. The city of Iowa City has many of the luxuries you find in urban cities, but in a welcoming, easy-to-live, and relaxing environment. While being in a busy training program, it’s nice to know you have many activities available to you in your moments away from work” stated Dr. Farber.

Head north on Bainbridge Avenue 658 ft
Turn left onto East Gun Hill Road 173 ft
You have arrived at your destination, on the left

Head north on Bainbridge Avenue 94 ft
Turn left onto East 210th Street 788 ft
Turn right onto Kossuth Avenue 191 ft
You have arrived at your destination, on the right