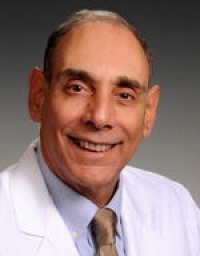 Bruce Kornberg, DO, FACC has a rating of 5 out of 5 stars based on the reviews from 12 patients. FindaTopDoc has aggregated the experiences from real patients to help give you more insights and information on how to choose the best Cardiologist in your area. These reviews do not reflect a providers level of clinical care, but are a compilation of quality indicators such as bedside manner, wait time, staff friendliness, ease of appointment, and knowledge of conditions and treatments.
Overall Rating
Promptness
Courteous Staff
Accurate Diagnosis
Bed Side Manner
Would Recommended to Family and Friends

Get to know Cardiologist Dr. Bruce Kornberg, who serves patients in Wynnewood, Pennsylvania.

Named one of the Top Docs in Philadelphia by Philadelphia Magazine in 2016, Dr. Kornberg is a board-certified cardiologist with an interest in echocardiography and nuclear cardiology. He is a part of the Lankenau Heart Group at Lankenau Medical Center in Wynnewood, Pennsylvania.

“I desire to take care of patients because I enjoy it. I get to know wonderful people from all walks of life. I try to educate them about their diseases and how they can help themselves feel better and live longer. I look at the whole patient and try to incorporate the physical and mental problems associated with their cardiac problems. I address their problems and fears in an open and honest mannerism so they understand their disease better and are no longer fearful.” as stated by the doctor.

Since July of 1997, Dr. Kornberg has served as Chairman of the Department of Cardiology at the Philadelphia College of Osteopathic Medicine. He also holds several other positions within the said educational venue, including: Clinical Professor of Medicine, Co-Vice Chairman of the Department of Medicine (1990 – present), and Core Curriculum Chairman for Clinical Cardiology (1995 – present).

Prior to his current endeavours, he served as Medical Director of the Coronary Care Unit and Intensive Care Unit at City Avenue Hospital (1988 to 1995, and January 1, 1999 to May 1, 2000), Chairman of the Division of Cardiology at City Avenue Hospital (January 1999 to May 2000), Clinical Assistant Professor of Medicine at the Medical College of Pennsylvania and Hahnemann University (1995 to 2000), and Director of Medical Education of the Osteopathic Program at the Medical College of Pennsylvania (July 1, 2000 to June 30, 2001).

Back in 1978, Dr. Kornberg earned his Doctor of Osteopathic Medicine (DO) degree from the Philadelphia College of Osteopathic Medicine. He then went on to complete his internship and residency at the same educational venue, where he served as Chief Intern and Chief Medical Resident. From there, he completed his fellowship at Deborah Heart and Lung Center in Brown Mills, New Jersey, where he served as Chief Cardiology Fellow.

With regards to his personal appointments, Dr. Kornberg served as the President of the Advisory Board of Washington College in Chestertown, Maryland (1995 to 2000), a member on the Board of Directors  at Temple Adath Israel (1995 to 1998), and as the President of Delaware Valley Medical Specialties (1999 to 2003).

Cardiology is a branch of medicine that deals with the disorders of the heart, as well as some parts of the circulatory system. The field includes medical diagnosis and treatment of congenital heart defects, coronary artery disease, heart failure, valvular heart disease, and electrophysiology. Cardiologists are doctors who diagnose, assess, and treat patients with diseases and defects of the heart and blood vessels (the cardiovascular system).

On a more personal note, Dr. Kornberg is married with two children.

Head southeast on East Lancaster Avenue (US 30) 837 ft
Turn right onto City Avenue (US 1) 1.7 mi
Continue straight onto East Township Line Road (US 1) 4542 ft
Keep left at the fork onto Township Line Road (US 1) 509 ft
Turn left onto Lansdowne Avenue 3252 ft
Continue straight onto North Lansdowne Avenue 2698 ft
Turn left 191 ft
You have arrived at your destination, on the right

Head northwest on East Lancaster Avenue (US 30) 542 ft
Turn left 1185 ft
Turn left 475 ft
You have arrived at your destination, on the left