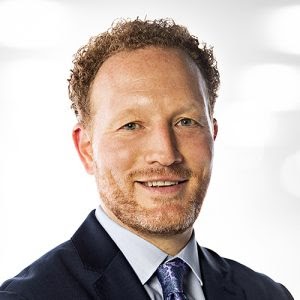 Grant S. Chavin, MD, is a seasoned urologist who diagnoses and treats patients at Associated Urological Specialists in Homewood, Illinois. Furthermore, he has staff memberships at several local hospitals, including Advocate South Suburban Hospital, UChicago Medicine Ingalls Memorial, and Community Hospital- Munster. Dr. Chavin is also a Clinical Associate within the Section of Urology at the University of Chicago. As a urologist, he has dedicated training and unique experience in the management of diseases of the urinary tract and the male reproductive system. He has an impressive professional journey that spans twelve years. He specializes in urologic oncology, BPH, female urology, kidney stones, and Peyronie’s disease. Procedures performed include robotic surgery, especially prostatectomy, partial nephrectomy, nephroureterectomy, sacrocolpopexy and reconstruction. He has a special interest in minimally invasive procedures for enlarged prostates including vaporization, enucleation, Rezum and UroLift. A published author, Dr. Chavin is licensed to practice in the states of Indiana and Illinois. He speaks both English and Spanish.

University of Illinois College of Medicine 2005

American Board of Urology

Dr. Grant S. Chavin, MD has a rating of 5 out of 5 stars based on the reviews from 44 patients. FindaTopDoc has aggregated the experiences from real patients to help give you more insights and information on how to choose the best Urologist in your area. These reviews do not reflect a providers level of clinical care, but are a compilation of quality indicators such as bedside manner, wait time, staff friendliness, ease of appointment, and knowledge of conditions and treatments.
Overall Rating
Promptness
Courteous Staff
Accurate Diagnosis
Bed Side Manner
Would Recommended to Family and Friends

Recognized as a well-versed urologist, Dr. Chavin is a part of the team of medical professionals at Associated Urological Specialists in Homewood, Illinois. His specialities include BPH, kidney stones, oncology, female urology, robotic surgery, and Peyronie’s disease.

He has an interest in minimally invasive procedures for enlarged prostates including enucleation, vaporization, Rezum and UroLift. He also has a special focus on robotic surgery, especially prostatectomy, partial nephrectomy, nephroureterectomy, sacrocolpopexy and reconstruction.

Alongside his clinical role, he serves as a Clinical Associate within the Section of Urology at the University of Chicago.

After earning his Bachelor of Science degree in Molecular, Cellular, Developmental Biology from Yale University, Dr. Chavin went on to embark on his medical journey. He graduated with his medical degree from the University of Illinois College of Medicine in 2005, after which he went on to perform his internship in general surgery and his residency in urology at Mayo Clinic Rochester.

A true asset to his field, the doctor is board-certified in urology by the American Board of Urology (ABU). The mission of the ABU is to act for the benefit of the public by establishing and maintaining standards of certification for urologists, and working with certified urologists to achieve lifelong learning to ensure the delivery of high quality, safe, and ethical urologic care.

Urology, also known as genitourinary surgery, is the branch of medicine that focuses on surgical and medical diseases of the male and female urinary-tract system and the male reproductive organs. Urologists specialize in diseases of the urinary tract and the male reproductive system. Patients may be referred to a urologist if their physician suspects they may need treatment for a condition relating to the bladder, prostate, urethra, ureters, kidneys, and adrenal glands.

Outside of the office, he enjoys being a father to his two active boys. He also speaks fluent Spanish.

Head west on Ridge Road 744 ft
Turn left onto Calumet Avenue 1.7 mi
Turn right onto Superior Avenue 819 ft
You have arrived at your destination, on the right