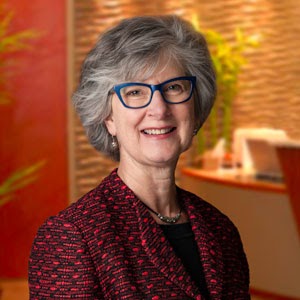 Dr. Kathryn Flory, MD has a rating of 4 out of 5 stars based on the reviews from 6 patients. FindaTopDoc has aggregated the experiences from real patients to help give you more insights and information on how to choose the best OB-GYN (Obstetrician-Gynecologist) in your area. These reviews do not reflect a providers level of clinical care, but are a compilation of quality indicators such as bedside manner, wait time, staff friendliness, ease of appointment, and knowledge of conditions and treatments.
Overall Rating
Promptness
Courteous Staff
Accurate Diagnosis
Bed Side Manner
Would Recommended to Family and Friends

Get to know Obstetrician-Gynecologist Dr. Kathryn Flory, who serves patients in Minnesota.

As a board-certified obstetrician-gynecologist, Dr. Flory believes her job is to help women understand their bodies and to determine normal from abnormal. She aims to have her patients live their lives as healthy as possible.

She was one of the first female obstetricians-gynecologists at North Memorial Health Hospital and has been in practice with Voyage Healthcare (formerly North Clinic) since 1990. She sees patients at the offices in Crystal, Maple Grove, and Plymouth, Minnesota, and previously served as the Chief of the OB/GYN Department at Maple Grove Hospital. Currently she is Chief of Staff at Maple Grove Hospital.

Graduating with her undergraduate degree from Gustavus Adolphus College, Dr. Flory earned her medical degree from Saint Louis University School of Medicine in 1986. She then went on to perform her residency in obstetrics and gynecology at M Health Fairview University of Minnesota Medical Center.

Following her training, she attained board certification in obstetrics and gynecology through the American Board of Obstetrics and Gynecology (ABOG). The mission of the ABOG is to define standards, certify obstetricians and gynecologists, and facilitate continuous learning to advance knowledge, practice, and professionalism in women’s health.

Maintaining professional competence, she is a Fellow of the American College of Obstetrics & Gynecology and a member of the Minnesota Women Physicians.

Obstetrics and Gynecology is the medical specialty that encompasses the two subspecialties. An obstetrician-gynecologist, or OB-GYN, is a healthcare professional who specializes in female reproductive health.

Outside of practicing medicine, she enjoys cooking, canoeing, backpacking, and traveling.

Head northwest on Oakdale Avenue North 146 ft
Turn left 222 ft
You have arrived at your destination, on the left