Anaphylaxis is a serious allergic reaction to an allergen, which if not treated immediately may turn fatal.

The allergic reaction may occur within seconds of exposure to allergen like certain food, insect bites, or some medications.

Anaphylaxis is caused by an over-reactive immune system that produces potentially life-threatening symptoms when exposed to some allergens.

Anaphylaxis is characterized by sudden drop in blood pressure, dilation of blood vessels, swelling, and shock.

It requires immediate medical attention. Some people, like those having allergies and asthma, have an increased risk of developing anaphylaxis.

Emergency epinephrine shots are used to control the serious symptoms of the condition. If left untreated, anaphylaxis leads to unconsciousness and even death.

Does your oral health affect your ear health?

Have a question aboutAnaphylaxis?Ask a doctor now

Symptoms of anaphylaxis begins within few minutes of exposure to the allergen.

In some cases the onset of symptoms may be delayed to 30 minutes or more after the exposure.

Symptoms affect more than one part of the body and include

Anaphylaxis is caused by exaggerated response of the immune system that considers an otherwise harmless substance as an allergen.

The over-reactive immune system produces antibodies against the allergen during the first exposure.

Further exposure to the allergen triggers the production of histamines, which result in serious symptoms that are characteristic of anaphylaxis.

Normal allergic reactions to an allergen are not serious or fatal. But some reactions are so severe leading to anaphylaxis.

Some of the common triggers of anaphylaxis include

Anaphylaxis caused by some NSAIDs is not triggered by antibodies, although the symptoms are similar to that of allergy-induced reaction.

Symptoms of anaphylaxis caused by exercise vary from individual to individual. In some people aerobic activity triggers a reaction, while in some others simple activities like walking triggers a response.

Having a history of anaphylaxis, allergies, and asthma increases the chances of developing anaphylactic reaction.

Having a family history also increases the probability of anaphylaxis.

Diagnosis of anaphylaxis is based on symptoms.

Review of medical history reveals previous episodes of allergic reaction to an allergen.

Review of the cause of the symptoms like exposure to certain allergens like food, medications, or insect bite, is also suggested.

Confirmatory diagnosis is done after ruling out chances of other conditions that result in similar symptoms.

What type of anesthesia is used for kidney stone surgery?

Management of anaphylactic reaction include

Those who have an increased risk of anaphylaxis should carry the emergency epinephrine shot always.

The first step in the treatment of an anaphylactic reaction is to give a shot with the autoinjector.

Avoiding allergens is the best way to prevent anaphylaxis. Some common preventive measures that help are

Natural or homeopathic remedies are generally inappropriate for anaphylaxis as it is an emergency situation.

But, alternative therapies may help to reduce the severity of anaphylaxis. Herbs, acupuncture, and nutrition are considered to be promising in this regard.

Aconitum is used in homeopathy to reduce anxiety during anaphylactic reaction.

Acupuncture is found to be promising in controlling anaphylactic shock.

Omega-3 fatty acids, quercetin and other flavonoids, vitamin C, and zinc are the nutritional components implied in reducing the severity of symptoms of anaphylaxis.

Having an emergency action kit and action plan helps to cope with the serious situation during anaphylaxis.

This action plan can be shared with family and friends for immediate help.

There are several risks and complications associated with anaphylaxis.

It affects breathing and heartbeat, both of which require immediate treatment.

More from FindATopDoc on Anaphylaxis 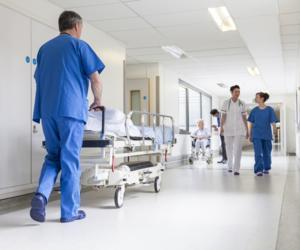 On the Other Side of the Gurney