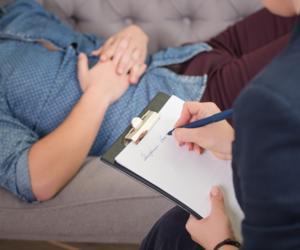 A good example is when a person smokes and they are aware at the back of their mind that smoking is one of the main causes of cancer. In this case, smoking is the behavior and it contradicts with the belief that smoking causes cancer.

Festinger’s cognitive dissonance theory of 1957 implies that a person has an inner force that is enough to put his or her beliefs and attitudes in harmony so as to avoid dissonance (disharmony). There may be a change in one’s attitude due to a number of factors within the person.

In this theory, Festinger states that when the beliefs and opinions, or "cognitions" as he calls them, that we hold about the world collide with the ones that we hold about ourselves, tension is bound to develop as a result of a discrepancy. This tension is what is referred to as cognitive dissonance. He goes further to explain that the unpleasant experience that we go through as a result of dissonance motivates us to try and find an agreement (consonance) between the "cognitions".

Leon Festinger was the first person to do extensive research on cognitive dissonance. His studies were triggered by an event in which committed members of a certain cult gave up their properties and jobs to fully commit to it because they believed that a flood was coming to destroy the earth. In the end, the floods didn’t happen.

How the change in Attitude occurs

The cognitive dissonance theory states that people tend to look for consistency, and when it is lacking between behaviors or attitudes, some changes need to take place so as to correct the dissonance. Below are three ways that dissonance is eliminated or reduced:

The cognitive dissonance theory has undergone a lot of research in numerous situations to add more detail into the basic idea including a number of factors that have been said to be vital in changing of attitude. This research can be partitioned into three areas;

This compliance comes into play when a person performs an action that is not in accordance with his/her beliefs. Since the behavior has already been done and cannot be changed, it is the dissonance that is reduced through a re-evaluation of the attitude adopted when the act was being done.

When an individual is publicly forced to perform an action that he or she privately did not want to perform, dissonance develops between their behavior and their cognition. Below is an experiment that was done to test this prediction;

In 1959, Festinger and Carlsmith designed and performed an intriguing experiment. The subjects were requested to perform a number of boring tasks that lasted for one hour (like turning pegs in holes). As expected, the subjects developed a negative attitude towards these tasks. They were then informed that they would be paid $1 to $20 to lie to the waiting participants that the tasks were interesting. A good number of the subjects agreed to tell the waiting participants how interesting the tasks were despite the fact that they were as boring as they could get.

This experiment was aimed at investigating if cognitive dissonance would be created through forced compliance behavior by making the subjects perform boring tasks.

Belief: Stealing is an offense and I’m an honest guy.

Behavior: Going to an average university

Belief: He is an honest and hardworking man

Belief: I am a responsible spender

Belief: I date only men with a good sense of humor

Behavior: Dating a man with no sense of humor

Belief: I am physically healthy

When a person experiences cognitive dissonance, his or her first reaction will be to try to reduce it. For example, when someone who believes that s/he is a responsible and environmentally-conscious citizen takes a flight to Dubai for a holiday, the person's beliefs will be at odds with his or her actions. According to the cognitive dissonance theory by Leon Festinger, when a person is in such a situation, s/he will be determined to reduce the dissonance by adjusting his or her beliefs to match the action that has just been performed.

It is obvious that the action cannot be changed since it was already done, so the only thing available for adjustment is our beliefs. In the example of flying to Dubai, the person will only try to change his or her belief that flying is bad for the environment. S/he will try to convince her- or himself that flying is not that bad for the environment, or even if it is bad, it is unavoidable and beyond his or her control.

The experiment performed by Leon Festinger on the cognitive dissonance theory involved a number of male students. The first part of the experiment involved the students performing boring tasks like turning pegs in a peg-board for one hour. When the first group was through, they were each paid a dollar to $20 to let the incoming group know that those tasks were quite fun, even though they were extremely boring. When the students left the room, they lied to the next group and told them how much fun they just had. Larger rewards are expected to produce much better effects.

According to the cognitive dissonance theory, the students that received $20 to lie to their friends would try to justify their actions by thinking they did it for the money. What about the ones that were given just a dollar? What reason would they possibly come up with for lying to their friends? They would eventually develop cognitive dissonance and they would eventually have to change their beliefs to reduce it. They would actually convince themselves that they were not lying and that they enjoyed the tasks however boring they were. And, according to Leon Festinger, this is exactly what happened.

It is now clear that for people to experience cognitive dissonance, they must be mentally sophisticated enough to be able to tell when their actions are contradicting with their beliefs. They must also have abstract beliefs about both the world and themselves for the dissonance to take place. Also, their mental capacity should be enough to unconsciously adjust these beliefs so as to reduce the dissonance. Also, there is no particular evidence that the changes in attitude result from the uncomfortable state of mind brought about by the contradiction between beliefs and actions, which is also unconscious.

There has always been the question of how far people would go in their efforts to reduce their level of cognitive dissonance. According to psychologists, the answer to this question is, "as far as possible".

To put this into play, the authors used an experimental method that did not require language for the subjects. Stickers were used for the children, while M&Ms were used for the monkeys. Both groups were showed three items labeled A, B, and C, which were equally likable. Each child or monkey was then forced to choose between two of the items (let’s say B and C), meaning, they each would get to choose only one each. Each participant was then given an option of choosing between item A and the one they did not choose before. Now, according to dissonance theory, at first, all the three items were equal in the eyes of the participants. But when they were forced to make their first choice, they started experiencing cognitive dissonance. They didn’t want to choose another item and leave the one they had initially chosen, because they believed that their first choice was the best. No participant was willing to like the second choice as much as the first even though they were the same.

Most of the participants chose the other item (A) instead of the one they had initially left. Amazingly, all this occurred without any of the children or monkeys talking to the other. This showed that their thinking was uniform even though they could not communicate. These experiments were meant to show that cognitive dissonance does not occur only in people with a certain mental capacity.

Reasons Why You Need Psychotherapy 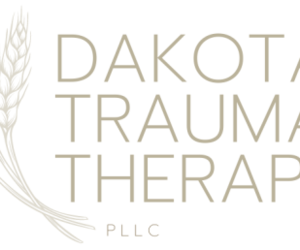 What depression treatment is there? 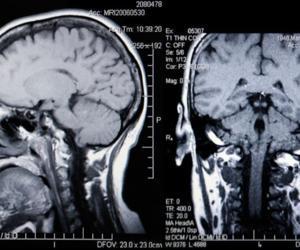 The Effects of Sigmund Freud’s Theories to the Modern World

Should I really go to psychotherapy?