Right after birth, the health of a newborn baby is evaluated using the Apgar score, in which five factors are measured on a scale of zero to two. These scores are then added to give the final value which ranges from zero to ten. Thus, the overall health of the newborn baby can be assessed. This test is conducted in the delivery room on a newborn baby and helps to determine whether the baby is in good health, after birth. The Apgar score was developed in 1952 by an anesthesiologist named Virginia Apgar. The term Apgar is also an acronym derived from the five factors that are assessed, which are appearance, pulse, grimace, activity and respiration.

What can I do to relieve pain from my TMJ?

This test is used to assess whether the newborn baby has any trouble with the heart or breathing. The assessment of health of the newborn baby should be done well so that there are no chances of future complications. If any future treatment is required, then the doctors should take the right measures and provide proper treatment for the baby.

The test can be done 10 minutes after birth, but this may be needed very rarely.

In the delivery room, this is the first test on every newborn baby. It evaluates the physical condition of the baby and determines whether any immediate emergency medical care is needed.

One-minute Apgar score - After birth, the doctor has one minute to determine whether the baby needs any imminent medical attention. This is the first Apgar score. If the score is between 7 and 10, then it means that the baby is doing fine and more than usual care is not needed. Mouth and nose suction along with oxygen is required to help the child breathe if the score is between 4 to 6. To save the baby’s life, resuscitation is needed if the score is 3 or less than 3. Among premature babies and those delivered through cesarean section, it is common to get a low Apgar score at one minute. However, it does not mean that eventually the baby will be fine.

Importance of the Five Signs in Apgar Score

Since most babies have blue hands or feet right after birth, hence it is quite unusual for a newborn to get a score of 10. But if the Apgar score is below seven, the baby has health problems and may need medical attention. The Apgar score, also referred to as newborn scoring, is very important as it is an assessment of the baby's health right after birth. On a scale of 0 to 2, each of the five elements are measured. If the score is high, it may indicate optimal health.

Rating of the Five Tasks

This test is done by the nurse, midwife or the doctor. The baby is examined by the doctor for the following factors :

10 is the highest possible total Apgar score. If the Apgar score is 7 at one minute of age, then it is not unusual. Later, such babies have better breathing and healthier skin too. With the help of the information provided by the Apgar score, medical personnel can take immediate measures to ensure survival of a newborn.

Heart Rate and Apgar at birth

The heart beat is 100 to 160 beats per minute for a healthy term baby. During the first hours after birth, the heartbeat may be rapid, during sleep it might be lower and with exertion, it may be faster. Assessment of Apgar score is made immediately after birth in which one of the five elements is heart rate. Generally, a baby is likely to have a heart rate of 100 plus, if the baby is pink and is breathing with a good tone. By using a stethoscope or fingers, the doctor assesses the newborn's heart rate at delivery.

Usually a low Apgar score is caused by:

Such a baby with low Apgar score may need:

A baby who has a high Apgar score may not need resuscitation as compared to a baby with low Apgar score. The five factors here are taken into consideration while providing resuscitation to the baby, wherein the baby is provided help with her blood pressure, heart or breathing. Some factors of Apgar score are subjective in nature. Hence the score may be high, but nonetheless it is obvious that medical treatment is needed for the baby.

At times after 10, 15, or 30 minutes, the score may be low after birth. There may be a high possibility of long term neurological damage or there is possibility of cerebral palsy although the possibility of this risk is less. However if the Apgar score is high, then it does not mean that the baby does not have any brain injury. Through Apgar score, one can determine whether immediate medical care is needed by a newborn. Apgar score has not been designed to make long term prediction about the health of the baby.

Studies done on the Apgar score have shown that this test is fairly reliable and may indicate that the infant has good chances of survival. However, all possible complications cannot be checked by the Apgar score. Moreover, it also does not guarantee that the baby will have a completely positive outlook.

What is wrong with me? Shins and hips

Does this mean I have HIV?

More from FindATopDoc on Apgar Score

I had unprotected sex and took plan b the next day? 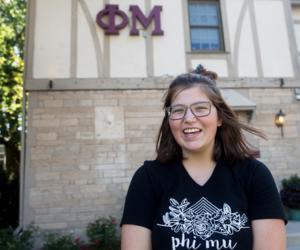