Lupus erythematosus, or simply lupus, is one of the most common variations of autoimmune disease, affecting around 0.02% to 0.15% of the population, depending on ethnicity and geographical location. It is a chronic disease in which, for reasons that remain unknown, the body’s immune system begins targeting vital structures, compromising its functionality and eventually leading to the patient’s death if left unchecked. The disease is properly named systemic lupus erythematosus; the word ‘systemic’ being a key indicator of the condition’s nature, as it can affect virtually any organ in the patient’s body. Furthermore, the disease is referred to as ‘heterogeneous’, as the symptoms are largely varied and they seldom manifest in the same manner in every person, barring a few common signs and symptoms. Fortunately, in most cases, the symptoms are mild and can be kept in check via medication and by adopting a healthy lifestyle. However, the patient is always at risk having his or her vital organs compromised as a result of the disease’s progression.

One of the most important factors about lupus is that it is, by definition, not an organ-specific disease, as the organism produces auto-antibodies which target cellular antigens, causing inflammatory lesions all around the body and on affected structures. Though all the organs are liable to get targeted by lupus, it has been observed that the most commonly-affected structures are the kidneys, the skin, mucous membranes, and the musculoskeletal, cardiovascular, nervous, and respiratory systems. 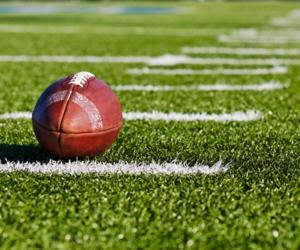 Despite the exact reason for the disease’s onset remaining largely unknown, there have been identified several factors which may contribute to its triggering and progression. Namely, there have been several genetic factors which predispose the person to develop the disease when exposed to certain non-specified environmental factors. In other words, the person may technically always carry the disease within their genome, though it may lie dormant until he or she is exposed to unknown environmental factors.

As was mentioned above, lupus is a heterogeneous disease which may vary greatly in presentation from person to person. That being said, any given lupus sufferer may only experience mild symptomatic episodes most of the time, but still, go through life-threatening relapses if not kept in check. Since lupus can affect basically any structure in the body, the objective behind the disease’s treatment will always be to ensure the longevity of the patient in face of potentially-fatal symptomatic episodes. Moreover, the treatment is also designed to keep the condition’s activity at a minimum and to prevent it from progressing to vital structures. Unfortunately, following a treatment plan for lupus — and for any disease which merits a literal cocktail of medication — can usually bring about unpleasant or dangerous side-effects, so taking additional medication to prevent said side-effects also becomes paramount to ensure the patient’s health. Lastly, depending on the disease’s state and progression, the afflicted might have to have regular checkups with, at the very least, a rheumatologist. However, if lupus has already affected other vital structures, the patient may need to consult with a multidisciplinary team of health experts in order to secure his or her health.

It is quite clear that treating and living with lupus can be a challenging endeavor, especially since the symptomatic periods and presentation of the disease may vary greatly from person to person, making approaching the disease and issuing an effective treatment plan a tricky task in itself. This fact is further compounded by the fact that, according to several studies performed from 2006 to 2016, at least a quarter of lupus patients also suffer from metabolic syndrome, with those that don’t suffer from it remaining highly likely to develop this condition on top of the lupus diagnosis.

Metabolic syndrome, also known in some locations as syndrome X, plurimetabolic syndrome, insulin-resistance syndrome, or Reaven’s syndrome, is characterized by a combination of physiological, biochemical, metabolic, and clinical factors. These factors increase the patient’s probability of suffering from cardiovascular disease, or type 2 diabetes, and expire due to complications from said illnesses. In other words, metabolic syndrome can be described as a condition which encompasses insulin resistance, excess abdominal fat, dyslipidemia, endothelial dysfunction, genetic susceptibility, high blood pressure, hypercoagulability, and chronic stress.

Unlike lupus, the causes behind the onset of metabolic syndrome are clearly established and are related to the access in developed countries to an excessive amount of calories, sugars, fatty foods, and meals high in sodium, as well as passive entertainment and effort-reducing technologies. As far as age profiles go, it has been observed that this condition has been increasingly affecting individuals at younger ages. There was a time when metabolic syndrome was frequently observed in patients aged 50 and above. However, the disease is currently more commonly observed in those who are 35 years old, and it is estimated that, as technology progresses, and the people have easy access to effortless entertainment and unwholesome foods, the age at which metabolic syndrome manifests will continue to decrease.

In the United States, metabolic syndrome is among the most common ailments, affecting around 25% of the population as of 2002. According to the National Cholesterol Education Program-Adult Treatment Panel III, around one-quarter of the population aged 20 years and above suffer from metabolic syndrome, with the main symptom being centralized obesity (excessive fat in the abdominal region) and insulin resistance.

Lupus sufferers can frequently lead very stressful lives, and it makes sense that they would want to indulge in certain hobbies and meals in order to compensate for said stress. In that sense, it seldom comes as a surprise that these individuals are more prone to suffer from metabolic syndrome. However, knowing the correct incidence and prevalence of metabolic syndrome on lupus sufferers is a vital piece of information in order to design and apply a correct treatment plan.

It is said that ‘knowing is half the battle’ and, when it comes to approaching lupus, knowing the mechanics behind the condition, as well as other diseases that may stem from it will help physicians in treating the illness and helping those that suffer from it to live normal lives.

The Stories of 3 Inspiring Lupus Patients

More from FindATopDoc on Coping with Lupus 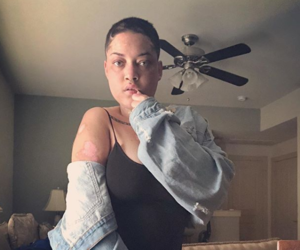 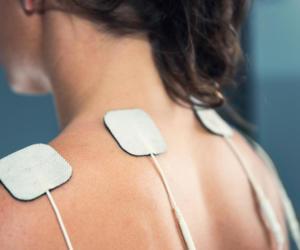 A Dose of Electricity: A Promising Treatment for Lupus...