Most of the components of this system are located outside the male body. The testis, penis, scrotum, and epididymis are some of the structures. For sexual intercourse the male organ responsible is the penis. From the urethra the semen is released through the penis. The scrotum is a loose bag like structure which is present behind the penis and in it the testis are located. The scrotum does various functions, such as for sperm survival and function it maintains optimal temperature. In order to enable the movement of the testis in the wall of the scrotum special muscles are present which contract and relax.

At the back of the testis is the epididymis. This is connected to a muscular tube known as vas deferens. Storing and carrying the sperm is its main function. Semineferous tubules are the coiled structures present within the testis. Spermatogenesis takes place in these tubules. Accessory organs are those that are present internally. They are vas deferens, seminal vesicle, bulbourethral gland, and prostate gland. When the body is ready for ejaculation, transporting the mature sperm to the urethra is the main function of vas deferens. Vas deferens is attached to a sac like pouch known as seminal vesicle. Molecules such as fructose are produced by it so that the sperm can get energy from it. 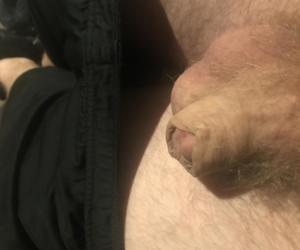 Why is this happening?

Have a question aboutUrologist?Ask a doctor now

The maximum portion of a male ejaculate is made of the seminal vesicle fluid. Behind the urinary bladder is a walnut sized structure known as the prostate gland. Additional fluids are mixed in the ejaculate which will help to nourish the sperm. On the sides of the urethra is a pea shaped structure known as the bulbourethral gland. It is located just below the prostate gland. The fluid produced by this gland is clear and slippery and directly into the urethra the contents are emptied. They provide lubrication to the urethra and also help to neutralize the acid that is produced due to the urine.

The vas deferens is a male reproductive duct. The testis is connected to the urethra by this duct. From the end of the epididymis to the prostrate this duct runs and here it forms the ejaculatory duct by joining with the seminal vesicle. Mature spermatozoa are transported by the vas deferens during which fluid is added to the sperm to form semen.

Sperm is manufactured in the testis located in the scrotum. Above the testis is a coiled structure known as the epididymis. From the testis, immature sperms are received by the epididymis which is then stored there for several days. During the process of ejaculation from the tail of the epididymis the sperm is forcefully propelled into the vas deferens. Through the vas deferens then the sperm travels to the spermatic cord and to the prostrate. Over here ejaculatory duct is formed by the joining of vas deferens with the seminal vesicle. This tube then passes through the prostrate and then reaches the urethra where it is emptied. The sperm is propelled to move forward by the rhythmic muscle movements during the process of ejaculation.

The convoluted part of the vas deferens extends from the globus minor and as it ascends medial to the epididymis it becomes straight. While it is extending into the inguinal canal it joins with the other juxtaposed spermatic cord structures. From the pelvic space one can see that the vas deferens passes anteriorly to the pelvic bone and over the bladder it turns at right angles. Along the posterior side of the bladder it extends after running superiorly to the ureters after which it expands to form ampulla and then narrows again to join the seminal vesicle so that a large ejaculatory duct can be formed. From the superior vesicle artery there is an artery branching from each duct. It is involved in the conversion of the venous drainage to pelvic venous plexus. Towards both the external and internal iliac nodes the lymphatic drainage extends. From the internal iliac nodes, the sympathetic innervations arise.

First we need to understand the path of sperm ejaculation before we understand the function of vas deferens. In the testis the sperm is produced. From here to the epididymis the sperm is transported. The epididymis has a crescent shaped structure and the sperm travels through them as they mature. The penis gets filled with blood as the male is sexually stimulated due to which the penis becomes erect. The sperm then exits the epididymis and then through the vas deferens enters into an enlarged structure of the vas deferens known as ampulla. Here other fluids mix with the sperm and they are pushed past the prostrate. In male’s prostate gland is located which secreted milky fluid into the sperm which is responsible for protecting the fluid. This sperm along with other fluids is termed as semen. Through the urethra from the body this semen is expelled. Into the penis the urethra opens from where the urine passes.

The vas deferens is a long tube about 30 cm in length. Transporting the mature sperms is its main function. This sperm is transported to the epididymis and then towards the urethra when ejaculation takes place. The peristaltic motion pushes the sperm ahead. As it moves the secretions of the bulbourethral gland, seminal vesicle and prostate gland mixes with it. From the mesonephric duct develops the vas deferens which is derived from the mesoderm. Mesoderm is one of three germ layers. The other two germ layers are ectoderm and endoderm. From the mesonephric duct various reproductive structures are formed such as the epididymis and seminal vesicle. The remaining duct then forms a muscular coat which then develops into vas deferens.

From the epididymis to the ejaculatory duct the spermatozoa are transported by the vas deferens. The muscular layers of the vas deferens are innervated by the sympathetic nervous system during the ejaculation process due to which strong peristaltic contractions are produced so that the spermatozoa can be propelled out. Once in the testis, the sperm cells have been produced and in the epididymis they have been accumulated then to propel them into the urethra so that during ejaculation they can exit from the penis the male reproductive system completely relies on the urethra and the vas deferens. The sperm is delivered into the urethra by the ejaculatory duct, as it travels from the prostrate more secretions are added. These secretions are important for the functioning of the sperm.

Many studies on vas deferens have been done to understand its importance. One such study was done on mouse vas deferens that showed CFTR in 40 days, lumen was filled with eosinophilic secretions but could not be detected in 20 days.

Vas deferens is made of two ducts whose main function is to carry the sperm from the epididymis to the ejaculatory duct. The epididymis is connected to the ejaculatory duct of the male body by the left and the right side of the vas deferens. There is an artery that supplies blood to each vas deferens. This artery branches as superior vesicle artery. Each vas deferens is a muscular tube which is about one foot in length approximately and there are smooth muscles that protect the tube. During ejaculation reflexive contraction takes place of this muscle mass. During orgasm this process is known as peristalsis. Sperm is able to flow through the vas deferens due to this process and is able to reach the urethra. As the sperm is travelling on its ways various secretions mix with the sperm such as the secretions from the prostate gland, seminal vesicle, and the bulbourethral gland.

When a vasectomy is done in each vas deferens, a permanent incision is made. This is a male contraceptive method. Another method which is done is a modern method in which into the vas deferens materials are injected so that the sperm flow can be obstructed. To determine whether this new method is safe and reversible researchers are still working on it. Transporting the sperm from the epididymis so that before ejaculation it can be stored is the main function of vas deferens. The terminal portion of the vas deferens is enlarged and is known as ampulla.

The ampulla which is the enlarged portion of the vas deferens acts as a storage chamber, it stores sperm and also adds secretions to it. Ergothionine is the yellow secretion of the ampulla, also it secretes fructose, sugar and nutrient. These secretions help to keep the sperm moist and viable. There are several partitions and mesh like folds inside the ampulla. Compared to the rest of the sperm canal the wall is much thinner. In different organisms the size of the ampulla varies. The ducts of the seminal vesicles are joined by the ampulla so that ejaculatory duct is formed.

There are three layers that make the vas deferens and these are the outer layer, middle muscular layer, and the internal mucous layer. The middle layer is thick due to the smooth muscles externally and circular muscles internally. Further this layer is differentiated into outer and inner layer by the proximal part of the duct. These outside and inside layers are made of longitudinal smooth muscles whereas the circular muscle fibers form the middle layer. The innermost layers of the longitudinal muscles cannot be seen as the tube reaches towards the inguinal canal. The mucous layer lines the thick muscular layer which is further made of pseudostratified columnar epithelial cells. Throughout the tube the sperm cells are able to move smoothly with the help of anterior stereocilia so that the lumen can be protected. This lumen is about 2.5 mm in diameter.

Sperm cells are transmitted from the epididymis to the ejaculatory duct of the male reproductive system through the vas deferens. One can experience severe medical conditions due to any issues with the vas deferens, which can make the man completely sterile.

Incident on my private parts?

More from FindATopDoc on Urologist

Can prostatitis be detected by a urine test?

How do I empty my bladder with an enlarged prostate?