Lactose is a compound of two simple sugar molecules. It is formed by the condensation of galactose and glucose, found in a large variety of dairy products including milk, cheese, cream, and yogurt. Lactose is produced naturally by all mammals to nurse their offspring’s. In nursing infants and young children, an enzyme called lactase is produced by the small intestine to aid the digestion of the lactose found in milk. The enzyme breaks the lactose into primary sugars, galactose and glucose, for easier absorption in the body. The primary source of nutrition in mammal infants is their mothers milk. Therefore, lactase is produced in optimum quantities for supporting digestion of lactose. With age, the dependency on dairy for nutritional requirements of the body declines. As a natural consequence, the production of lactase required solely for digestion of dairy products starts to decline. The sub-optimum quantities of lactase are insufficient to digest any dairy products that may be consumed by the individual. When the body does not generate the appropriate amount of lactase for digestion of lactose, an individual develops the symptoms of lactose intolerance. Lactose intolerance is mostly genetic and hereditary in nature. An individual can develop the symptoms, gradually, at any time during their life. The majority of individuals with this condition are still able to consume specific dairy products with no adverse effects.

In some cases, a newborn baby can be born lactose intolerant. Individuals born with lactose intolerance are unable to consume foods containing lactose. babies born prematurely may have lactose intolerance for some time. Since their intestines are not fully developed, it makes it impossible to generate lactase. The condition usually subsides once the infant's intestines are fully developed and functional. People of Asian, South American, American Indian and African descent are at higher risk of developing lactose intolerance. The biggest challenge for lactose intolerant individuals is getting proper amounts of calcium by alternative means. Depending on the quantity of lactase your body generates, the symptoms can range from moderate to severe. Normally, symptoms will show up anywhere from thirty minutes to two hours after you have consumed a dairy product. 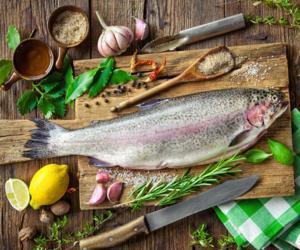 Symptoms of lactose intolerance include:

Fatty acids and gasses like hydrogen, carbon dioxide, and methane are generated when bacteria in the colon breaks down lactose. This breakdown and its effects result in lactose intolerant symptoms like bloating and flatulence.

There are four kinds of lactose intolerance. Each type results from different factors.

This kind of lactose intolerance is the most common. Individuals with primary lactose intolerance generate a lot of lactase early in life, which is crucial for newborns that depend on milk for nutrients. The generation of lactase usually reduces as a baby substitutes milk for other foods. Although it remains at a level sufficient for the digestion of dairy in the diet of a normal adult. The production of lactase declines gradually between the ages of two and twenty, making the digestion of dairy difficult in adults. However, individuals with primary intolerance may continue to consume small amounts of dairy products throughout their life, without any complications.

This condition is determined by family history and most commonly seen in Asia, Africa and South America. People from Southern Europe and the Mediterranean are also commonly affected by primary lactose intolerance.

Secondary lactose intolerance usually results from diseases of the small intestine that can cause a decline in the production of the enzyme. This condition may develop suddenly, at any age.

Diseases that are related to this condition include but are not limited to:

The condition can also result from an injury of the small intestine or any surgeries involving it. It may also develop randomly at any age due to a decline in the production of the enzyme.

Secondary lactose intolerance may be temporary or permanent. If the main illness is treated, the levels of lactase can be recouped as well as improve symptoms, although it may not be immediate.

In rare instances, some babies may be born with lactose intolerance. Their bodies are unable to produce lactase enzyme due to a genetic defect. Such infants cannot tolerate even small quantities of dairy products and have to be nursed on substitutes. The intolerance is hereditary and autosomal recessive (both the father and mother can pass the relevant gene to the child).

Familial lactose intolerance is another rare form of the affliction. Here, the enzyme is being produced by the body in sufficient quantities. However, due to some sort defect in its structure, the lactase is incapable of breaking down the lactose molecules. This type of intolerance is also congenital in nature, meaning it occurs in newborns. The genetic defect is hereditary and may be passed on to the child by both the father and the mother. A correct diagnosis of the disease is very important.

How is Lactose Intolerance Diagnosed?

5 Tips on Living with Lactose Intolerance 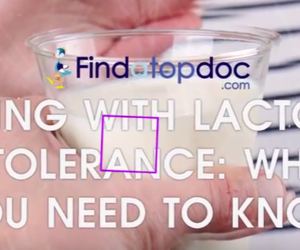 Living with Lactose Intolerance: What You Need to Know

I am lactose intolerant, does it mean my child will...

Is there any cure for lactose intolerance?