Also considered as a mini stroke, a transient ischemic attack (TIA) has symptoms similar to that of a stroke, but lasting only for a short period of time, without causing any permanent damage. TIA is often caused by the interruption of blood flow to the brain by a blood clot. Once the blood flow is retained, the symptoms of the condition also disappear completely. Yet, TIA warns of the possibility of having strokes in future, so it still requires medical attention to avoid complications.

Blood clots in the brain may be formed by atherosclerosis, which is the hardening of arteries. Heart attacks and abnormal heart rhythms may also result in blood clots in the brain. The blockage of blood flow to certain parts of the brain initiates the symptoms in parts of the body. Atherosclerosis is caused by the accumulation of fat deposits on the arterial wall. The blood flow returns back to normal once the blood clot in the artery dissolves. The symptoms also disappear along, with the disappearance of the blood clot. Another less common type of TIA is low-flow TIA, where a reduction in the blood pressure lowers the blood flow to the brain leading to the symptoms.

Risk factors for TIA is similar to that of heart attack and include:

The location of blood interruption in the brain and its intensity are the two major factors that decide the type of symptoms.

Some of the common symptoms of TIA include:

Anybody who suspects to have symptoms of TIA should get medical attention immediately. Diagnosis and treatment at an early stage would help to prevent a stroke.

Treatment options for TIA focuses on preventing future strokes. Medications are recommended based on the actual cause of this condition. Medications to remove the clot and angioplasty are more commonly suggested for TIA. Anti-platelet drugs and anticoagulants are two most commonly prescribed medications. Both of these drugs help to prevent blood clots. Angioplasty helps to open up an artery that is clogged due to the accumulation of plaques. Stents are used to keep the artery open.

Does a uterine biopsy affect my menstrual cycle?

What shouldn't you do if you have scoliosis?

What can you do for heavy periods? 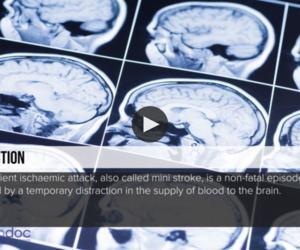 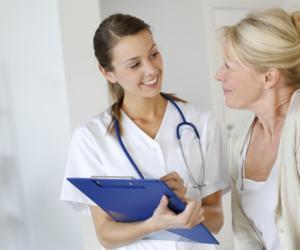 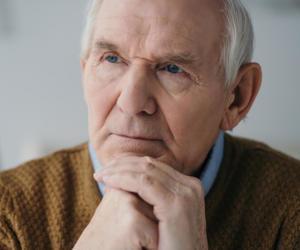