Fibromyalgia is a medical condition that is characterized by widespread musculoskeletal pain along with sleep disturbances, memory problems, mood swings, and fatigue. According to studies, fibromyalgia intensifies painful sensations by affecting how the brain processes pain signals. Fibromyalgia symptoms often start after some kind of physical trauma, infection, surgery, or any significant psychological stress. In few other cases, the symptoms tend to gradually accumulate over a period of time without any triggering event.

Moreover, women are more prone to develop fibromyalgia than men. In certain cases, individuals with fibromyalgia often experience irritable bowel syndrome, depression, headaches, and anxiety attacks. Fibromyalgia has no known cure. However, there are medications and natural methods, which can help in providing relief from its symptoms. Reducing stress, making dietary changes, relaxation, and carrying out exercises would help lessen or control the symptoms.

The traditional treatments for fibromyalgia would include nonsteroidal anti-inflammatory drugs or NSAIDs, pain relievers, antidepressants, and anti-seizure medications. These drugs are the commonly used for fibromyalgia, but it is important to note that they cannot cure the condition since they only help control the symptoms. Moreover, these medications also come along with their own set of side effects. Hence, taking the natural route may be a better alternative.

When it comes to naturally treating fibromyalgia symptoms, it involves maintaining a healthy diet along with certain lifestyle changes and complementary treatments. A combination of these natural remedies would help ease the symptoms and improve the quality of life of individuals with fibromyalgia. Also, the elimination of gluten from the diet can also lead to potential improvements in the symptoms. Apart from gluten, one should also limit the intake of caffeine since it can contribute to lack of sleep or restlessness, anxiety attacks, depression, and tremors. Stay away from artificial sweeteners and foods high in sugar.

If you have fibromyalgia and looking for ways to naturally fight off body stiffness, chronic pain, and inflammation, then reaching out to natural supplements can serve as a powerful weapon to provide relief from these symptoms. The right kind of supplements is known to provide relaxation to the muscles. Moreover, it would also lead to a reduction of pain. In some cases, it can even help to completely get rid of the pain.

Vitamin D or the sunshine vitamin is just not beneficial for the bones. According to one of the studies published in 2014, sun exposure can also help fight pain and fatigue due to fibromyalgia. In one study, 30 women with fibromyalgia and vitamin D deficiency were divided into two groups. The group, which was on treatment, received oral vitamin D supplements for a period of 20 weeks while the second control group received a placebo.

After one week, the treatment group started showing an improvement in their physical functioning with lesser fatigue or body weakness than the second control group. The treatment group also reported that they experienced significant pain relief. The body is said to naturally produce vitamin D during sun exposure, thereby making it as one of the best natural sources of vitamin D.

However, some individuals do not produce enough of this important nutrient. These individuals would include elderly women, obese, and dark-skinned individuals. Moreover, people who have Crohn’s disease, as well as those who do not receive an ample amount of sunlight are more prone to vitamin D deficiency. Make sure that you get enough daily sunshine for 10-15 minutes. Moreover, do not apply sunscreen lotions to help your body produce the vitamin D it needs.

Although there are a few foods that are considered as good sources of vitamin D, consuming vitamin D supplements is one of the easiest methods to ensure that you get enough of the vitamin. The daily recommended amount of vitamin D should be 600 IU for individuals who are 1 to 70 years old. For those who are above 70 years old, the daily recommendation for vitamin D intake would be 800 IU with a maximum of 4,000 IU. However, it is still best to reach out to your doctor before you start taking the supplements for proper diagnosis and vitamin D dosage.

Fish oil is loaded with omega-3 fatty acids and has great anti-inflammatory properties, which help reduce chronic pain due to fibromyalgia. Fish oil is known to reduce the production of inflammatory hormones called as prostaglandins, and this, in turn, can lead to reducing stiffness or fewer tender joints. Since fish may contain mercury, which can be harmful for the body, it is ideal to choose the variety of fish that is lower in mercury such as tuna and salmon.

Consuming fish oil supplements is considered to be the safest method. You can take one or two capsules a day to help reduce inflammation in the body and boost the body's immune system. However, before you start taking fish oil supplements, it is ideal to talk with your doctor about the dosage, especially if you are taking blood thinning medications such as warfarin or aspirin. Moreover, salmon or tuna are excellent sources of omega-3 fatty acids as well as other essential vitamins and minerals.

For individuals with fibromyalgia, fish oil is a must since it can lead joint pain relief, lower levels of depression and anxiety, less stiffness, and mental skill improvement. Fish oil supplements of around 1,000 mg a day can also replace omega-6 fatty acids with the omega-3 ones.

Magnesium is needed to maintain the health of the heart, kidneys, and bones. Magnesium also prevents any kind of muscle spasms, weakness, and back pain. According to studies, women diagnosed with fibromyalgia are also low in magnesium. Proper magnesium intake would also lead to pain relief and relief of other symptoms associated with fibromyalgia.

Similarly, in 2013, a study conducted by researchers from Acibadem University School of Medicine in Istanbul, Turkey found out that women who were diagnosed with fibromyalgia were most likely to be magnesium-deficient than those who did not have the medical condition. However, patients who started taking magnesium supplements of 300 mg a day for a period of eight weeks reported a major reduction in the tender points than other fibromyalgia patients.

Magnesium is found in a lot of green leafy vegetables, sunflower seeds, as well as pumpkin seeds. It also available in raw spinach and wheat bran cereals. However, they are only good sources of magnesium if they are consumed in their raw forms since cooking them can reduce the essential nutrients by half.

Having healthy levels of magnesium in the body can lead to increased energy levels, pain relief along with a reduction in depression and anxiety attacks.

S-Adenosylmethionine or SAMe is a naturally formed compound in the body and is essential for the proper functioning of the immune system. This compound assists in the production as well as the breakdown of neurotransmitters such as norepinephrine, serotonin, and dopamine. SAM-e plays an important role in the formation of cartilage and our DNA. As we age, our body also produces less cartilage. It is the reason why some people start to experience aches and pains all of a sudden as they reach the age of 40.

SAM-e is not only helpful in reducing body pain or aches, but it also promotes a healthy spirit. It is known to provide relief from anxiety, chronic pain, and depression, which are associated with fibromyalgia. It also reduces stiffness and fatigue. For those who have fibromyalgia, the recommended dose of SAM-e should be 400 mg to be taken twice a day for a period of six weeks. One should ideally start with a low dose of 200 mg daily and gradually increase the dose to avoid any side effects such as an upset stomach. However, the dose would vary from person-to-person, so it is still best to speak with your doctor on the recommended dose since SAM-e is also known to cause drug interactions with antidepressants.

Muscle stiffness is often seen as a common cause of fibromyalgia pain. To get them relaxed, muscles are in need of ample energy, and this is where ribose supplements come in. Ribose is a simple sugar, which is naturally produced by the body. It works as a fuel that the mitochondria use for the production of adenosine triphosphate or ATP.

Ribose helps in providing cellular energy in the body. According to studies, it has been seen that individuals with fibromyalgia and those with congestive heart failure are often found to be low in ribose. The recommended dosage of ribose for fibromyalgia patients would be 5 grams to be taken three times a day. Taking ribose leads to an increase in energy levels by an average of 61 percent, thereby cutting the pain, which is most commonly experienced by individuals with fibromyalgia. Pain due to fibromyalgia is known to reduce by 15 percent.

Apart from the above-mentioned supplements, below are also other supplements for fibromyalgia:

Beware of Dietary Supplements: A Warning for Celiac...

Understanding the Causes of Fibromyalgia 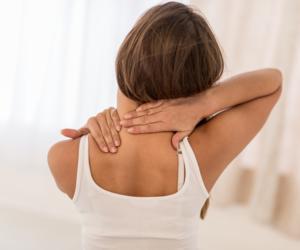 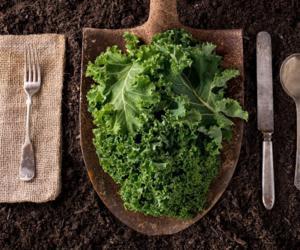 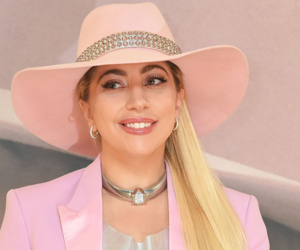 A Man's Struggle with Fibromyalgia