Teri Garr is a 73-year-old actress best known for her roles in Young Frankenstein, Oh, God!,  Tootsie, and Close Encounters of the Third Kind. She also played Phoebe’s biological mother on the TV sitcom Friends. One day in 1983, Teri went out for a run around Central Park in New York. She began to experience a tingling in her right leg and before long, she felt a sharp pain in her arm. During this time, Teri was at the peak of her career and she was not going to let a little pain and tingling get her down. “Every movie I did, I'd go see a different doctor in the location where we were shooting, and everyone had a different opinion about what it might be. Every so often someone would mention MS, but then someone else would think it was something else,” she said.

Over the next 16 years, she kept on working and her symptoms came and went. Finally, in 1999, she received a definite diagnosis of multiple sclerosis. Teri, who had also trained as a dancer, did not feel sad or depressed about her condition. Rather, she felt angry. She could not understand how her body could have deceived her and this anger brought up memories of her mother. 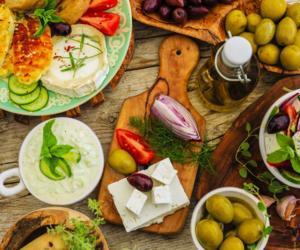 Teri grew up in a family involved in show business. Her father, Eddie Garr, was an ex-vaudevillian and her mother, Phyllis Garr, was a former Radio City Rockette. However, the family was struggling to make ends meet and at one point, they decided to split their house and rent out the front. At the age of 11, Teri’s father died, leaving her mother with three children to take care of. Despite the family’s devastation, her mother Phyllis remained optimistic and wore a pin on her blouse that read EGBOK – Everything’s going to be OK. In order to get by, Phyllis worked 18 hours a day and ultimately, she was able to put Teri and her two brothers through college. “That was my role model. Someone who takes care of things, copes. So, I was conditioned to do that,” said Teri.

Unfortunately, in Hollywood, a physical handicap can sometimes mean the end of one’s career, as the acting business is very judgmental. For this reason, Teri decided to keep her diagnosis quiet and tried her best to mask her symptoms. She knew that agents and producers would view her as being disabled, so she felt like she needed to protect herself. She frequently stumbled and dropped objects in the privacy of her own home, but she could handle the accidents. “Getting depressed or sad wouldn’t have helped me,” she said.

Revealing her diagnosis to the world

Finally, she decided to tell the world the secret she had been hiding because rumors were floating around and she wanted the information to come from her and not an outsider. “I thought, there’s too much drama here. What if someone went out and talked about it like a stand-up comic? If you get somebody laughing — and then stick in a point about something important — they’ll remember it,” said Teri. So, in October of 2002, she went on ‘Larry King’ and spoke publicly about her condition, all the while using her wit. She also used to same wit when she went on ‘Letterman’ to raise awareness on MS and uplift the spirits of MS patients and their families.

As a spokesperson for MS LifeLines, an educational and support service, Teri traveled the country to speak to individuals with MS. She aimed to encourage them to find out everything they could on available treatment options and to try to move forward with their lives. She spoke out about her own symptoms, including extreme fatigue, stumbling, and difficulty controlling her right hand. “I had weakness on the right side — arm, leg, and foot. Having to manage fatigue is something I and many people with MS have to deal with, and heat is no friend to my MS either; it can be devastating. However, each person with MS lives with his or her own special suitcase of symptoms. Yet, we all work around our symptoms and move forward with our lives,” she said. Teri also spoke out about how one type of approved disease-modifying drug, a healthy diet, and exercise have helped her in managing her symptoms and slowing down the progression of MS. In regards to exercise, she noted that it is crucial to her well-being and she favors a machine similar to that of a recumbent bicycle. “I try to use it an hour a day. It helps strengthen both my arms and legs and is aerobic as well. Plus, I can read or watch TV while I’m on it. In the summer I swim, which I really love. It’s vital to keep moving,” she said. Although slowing down was not in her nature, Teri realized that she had to because stress and anxiety were not good for MS. So, she learned to ‘simplify’ her tasks and do one thing at a time.

Her advice to anyone who suspects MS

Teri’s advice to any individual who suspects that they may have MS is to see a neurologist right away, as early treatment is crucial. “I’d advise anyone recently diagnosed to relax. MS affects everyone differently. The status of MS research has never been more exciting and there are many therapies available that slow the progression of the disease. As we all know, knowledge is power. Get involved on a local level. Become a volunteer, be an advocate, join one of the many Walk MS or Bike MS events in your area. Bring your friends and family with you. It’s a good way to connect with people and you’ll feel better about not only helping yourself but helping others,” she said.

These days, from time to time, the actress can muster up the strength to walk for short periods of time. However, she frequently needs to use a cane or wheelchair, as is the case for over 60% of individuals who have MS. “I call it the scum sucking pig of a disease that treats everyone differently. Some people don't get any symptoms, but I wasn't one of them,” said Teri.

Still, despite her lasting battle with the disease, Teri remains positive in the face of her condition. “I think some people want you to be upset. Not only am I not upset, but I'm okay. I don't see any profit in being down, I don't see that it gets you anywhere. Maybe it has to do with my show-business background. You're always being told that you're not right for something, not tall enough, not pretty enough, whatever. I would say, ‘But I'm smart, I'm talented, I'm this, I'm that!’ I've always been able to do that, and I do it now with MS,” she said. Teri has inspired so many individuals and because of her, some are saying that they are no longer letting their symptoms get in the way of them living their lives to the fullest and pursuing their dreams. “Speaking out about multiple sclerosis to others who may be dealing with this disease is actually helpful to me, as well as, I hope, to others. It builds community, helps bring awareness to MS, and strengthens the MS movement that will ultimately lead to the end of this disease,” she said.
References 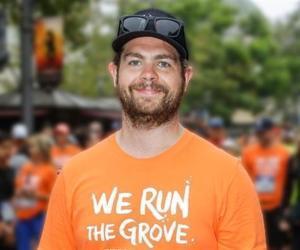 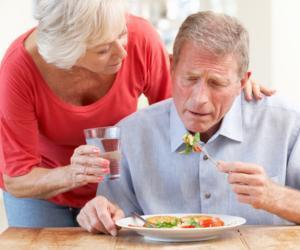 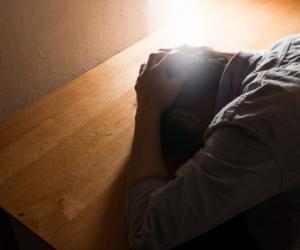 8 Facts About Multiple Sclerosis that You Should Know

The Link Between Exercise and Multiple Sclerosis