1 What Is Hay Fever?

Hay fever, or allergic rhinitis, is an allergic reaction characterized by symptoms that resemble the common cold. Sneezing, running nose, and itching are the common symptoms of this reaction. It is caused by an allergic response to airborne allergens like pollen. Symptoms may range from mild to serious.

For some people, the symptoms of hay fever may be persistent and serious, affecting their daily activities, while for others, they remain mild.

Serious symptoms may require treatment to reduce their impact. It usually develops during childhood or early adulthood. The symptoms may become less severe with age.

In certain cases, hay fever can be confused with some other medical condition, such as the flu virus or common cold. A cold usually develops five to seven days once an individual is exposed to the cold virus, and the symptoms include a runny nose along with a watery or thick, yellow discharge, followed by fever in certain cases. Allergies have not been associated with fever and are mostly known to occur once an individual has been exposed to the triggering pollen or allergen. 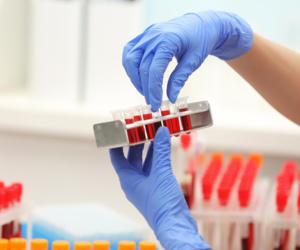 Major symptoms of hay fever include:

Hay fever may be a seasonal allergy and the symptoms appear or worsen during a particular season. Hay fever due to tree pollen usually appears during spring.

Allergies caused by dust mites and cockroaches may occur throughout the year. The symptoms may worsen when the house is closed.

An exaggerated response by the immune system to airborne allergens is the main cause of hay fever.

When exposed to an allergen like pollen, the body produces antibodies against it. With continued exposure, the antibodies trigger the release of histamines. Histamines are responsible for the symptoms of an allergic reaction.

Having asthma or other allergies increases the risk of hay fever.

A history of symptoms and a physical examination help in the diagnosis of hay fever.

A skin prick test and blood test are commonly used to check the body’s reaction to an allergen. In the skin test, small amounts of the suspected allergen are administered to the skin. An allergic reaction to the substance results in the formation of hives.

The blood level of antibodies that launch an allergic reaction also helps to diagnose an allergy towards a specific substance.

The sensitivity of antibodies in the blood to a specific allergen is tested for confirmation.

Other conditions that cause similar symptoms should be ruled out before making a definitive diagnosis of an allergy.

I had a minor head injury 2 days ago. Although there...

When should I see a doctor for shoulder pain?

Mild symptoms of hay fever can be treated by using over-the-counter medications. Prescription medications are suggested for severe symptoms.

Some of the common medications used in the treatment of hay fever are:

Avoiding airborne allergens is difficult, so preventing hay fever is as well.

One can reduce the severity of symptoms by reducing exposure to allergens.

Try to stay indoors and keep the windows shut to keep pollen out. Opening a window to let in fresh air is a quick fix for a stuffy house. But for those suffering from allergies, especially year-round hay fever, this can prove to be quite aggravating in terms of symptoms. Thus, it is advisable to keep windows closed at night, mostly when the pollen count is above average.

Wash your hair and clean your clothes after going outdoors. This removes allergens as much as possible from the body. Sunglasses also prevent pollen to a large extent.

Every individual who arrives home after a long day at work or from being outside would probably first make themselves comfortable before changing clothes. But for those suffering from hay fever, they should change their clothes as soon as they walk in the door since, when you are outside, there are chances that the pollen can stick to your clothes or hair, and as you walk inside, you disperse the pollen. This encourages the symptoms of hay fever to stick around for a long time. So, as a precaution, it is best to change your clothes and have a nice, warm bath to clean yourself and hair.

For those suffering from hay fever, it is advisable to routinely change the bedsheets, as pollen not only sticks to your clothes, but can also cling to the pillow and bedsheets. Also, do not dry your sheets or pillow case in the open air since it will lead to pollen getting stuck to the sheets. Try to dry the sheets inside a room where there is ample sunlight, over a clothes rack in the bedroom, for example.

A few alternative remedies exist for hay fever. Some of the simpler methods include:

Nasal irrigation is not complex through the use of a neti pot to flush out the mucus that has thickened, along with other irritants from the sinuses. This is done with the help of a prepared saltwater rinse. You can use saline water that is free from any contamination, such as sterile or distilled. Be sure to rinse the irrigation device after every use with sterile water and then leave it open to air dry.

An anti-allergic diet can also be used to control symptoms. Such a diet would contain:

These are suggested for controlling hay fever. Other helpful dietary additions include:

It is advisable to avoid or limit the intake of cow’s milk and any other dairy products, since it can lead to greater production of mucus in the respiratory tract, thus leading to an increase in nasal congestion caused by hay fever. You can try dairy alternatives, such as rice, coconut, or nut milks.

Some common homeopathic remedies for hay fever are:

Herbal remedies and acupuncture are also methods to reduce the impact of symptoms.

Lifestyle modifications are necessary in order to prevent hay fever.

It is difficult to avoid all possible allergens that cause hay fever.

Taking extra care to keep the pollens or allergens out of the house help to avoid hay fever.

Using a dehumidifier and high-efficiency particulate filter will help reduce the allergens as much as possible.

There are several risks and complications associated with hay fever.

Symptoms of hay fever may affect daily activities and result in poor sleep.

Hay fever may worsen the symptoms of asthma. In some people, it may increase the risk of sinusitis and ear infection.

More from FindATopDoc on Hay Fever 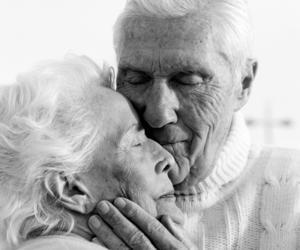 After a brain tumor removal, I still have some persistent...

What does a urinalysis for kids examine?

Why does hay fever severity fluctuate