is defined as sustained elevation in BP in pregnancy after 20 weeks of gestation in the absence of pre-existing hypertension.

It is defined on the basis of finding of at least mild preeclampsia plus anyone of following: 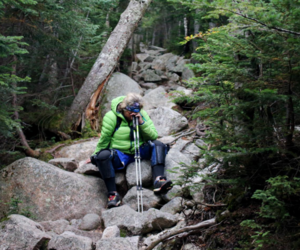 Have a question aboutPreeclampsia?Ask a doctor now

HELLP syndrome occurs in 5-10% of patients and is characterized by:

HELLP Syndrome occurs twice as common in multigravidae. It can be confused with thrombotic thrombocytopenic purpura and hemolytic uremic syndrome. HTN, although frequently seen, is not always present.

Conditions associated with HELLP Syndrome include:

The causes of preeclampsia include:

The following diagnostic tests may be required for preeclampsia:

Other diagnostic procedures may include:

Would going to a chiropractor make my headaches go...

How to manage a seafood allergy?

Treatments for preeclammpsia vary depending on its type.

The only definitive cure is delivery and removal of all fetal and placental tissue. However, delivery may be deferred in mild preeclampsia to minimize neonatal complications of prematurity. Management is based on gestational age.

Researchers continue to study ways to prevent preeclampsia, but so far, no clear strategies have emerged.

In certain cases, however, you may be able to reduce your risk of preeclampsia with:

Calcium supplementation of at least 1 gram per day is recommended during pregnancy as it prevents preeclampsia where dietary calcium intake is low, especially for those at high risk. Low selenium status is associated with higher incidence of preeclampsia.

There is insufficient evidence to recommend either exercise or strict bedrest as preventative measures of pre-eclampsia.

In low-risk pregnancies the association between cigarette smoking and a reduced risk of preeclampsia has been consistent and reproducible across epidemiologic studies. High-risk pregnancies (those with pregestational diabetes, chronic hypertension, history of preeclampsia in a previous pregnancy, or multifetal gestation) showed no significant protective effect. It is recommended that smoking be stopped prior to, during and after pregnancy.

There are several risks and complications associated with preeclampsia.

Eclampsia causes involuntary contraction of the muscles that pregnant women can experience, usually from week 20 of the pregnancy or immediately after the birth.

During an eclamptic fit, the mother's arms, legs, neck or jaw will twitch involuntarily in repetitive, jerky movements. She may lose consciousness and may wet herself. The fits usually last less than a minute.

While most women make a full recovery after having eclampsia, there's a small risk of permanent disability or brain damage if the fits are severe.

HELLP syndrome is a rare liver and blood clotting disorder that can affect pregnant women. It's most likely to occur immediately after the baby is delivered, but can appear any time after 20 weeks of pregnancy, and in rare cases before 20 weeks.
The letters in the name HELLP stand for each part of the condition:

HELLP syndrome is potentially as dangerous as eclampsia, and is slightly more common. The only way to treat the condition is to deliver the baby as soon as possible. Once the mother is in hospital and receiving treatment, it's possible for her to make a full recovery.

The blood supply to the brain can be disturbed as a result of high blood pressure. This is known as a cerebral hemorrhage, or stroke. If the brain doesn't get enough oxygen and nutrients from the blood, brain cells will start to die, causing brain damage and possibly death.

The mother's blood clotting system can break down. This is known medically as "disseminated intravascular coagulation".

This can either result in too much bleeding because there aren't enough proteins in the blood to make it clot, or in blood clots developing throughout the body because the proteins that control blood clotting become abnormally active.
These blood clots can reduce or block blood flow through the blood vessels and possibly damage the organs.

Babies of some women with pre-eclampsia may grow more slowly in the womb than normal, because the condition reduces the amount of nutrients and oxygen passed from the mother to her baby. These babies are often smaller than usual, particularly if the pre-eclampsia occurs before 37 weeks.

If pre-eclampsia is severe, a baby may need to be delivered before they're fully developed. This can lead to serious complications, such as breathing difficulties caused by the lungs not being fully developed (neonatal respiratory distress syndrome). In these cases, a baby usually needs to stay in a neonatal intensive care unit so they can be monitored and treated.

Some babies of women with pre-eclampsia can even die in the womb and be stillborn. Most of these babies die because of complications related to early delivery.

More from FindATopDoc on Preeclampsia

How can I recover after surgery to remove my wisdom...

What Are the Symptoms and Treatments for Preeclampsia?

How Can I Lower the Risk of Preeclampsia?