Edema is a medical term for swelling caused by the build-up of fluid in body tissue. It can occur anywhere in the body, especially in the hands, arms, legs, ankles, and feet.

Edema is usually caused by health conditions such as pregnancy or medication side effects, or it may be a symptom of heart conditions or liver or kidney disease.

To treat edema, the doctor may prescribe medications to remove excess fluid from the body and encourage you to reduce your salt intake. If edema occurs as a sign of disease, the underlying cause must be addressed as well.

There are various types of edema, some of which are specific to certain parts of the body, while others are more general.

My right ankle seems to be swollen but there is no...

Have a question aboutSwelling?Ask a doctor now

Signs and symptoms of edema include:

If you have these symptoms, you need to see a doctor soon. The following symptoms require emergency treatment:

Persistent swelling and pain in the leg can be a sign of deep vein thrombosis (DVT), caused by the formation of a blood clot in the veins of the leg. DVT is a serious condition that requires treatment to prevent the blood clot from traveling to the lungs, which can be fatal.

Fluid build-up, or edema, is caused when fluid leaks from the bloodstream, or if too little is absorbed back into the blood vessels.

Your tissues contain tiny blood vessels called capillaries, which provide a connection between the arteries and veins. Capillaries are microscopic and have very thin walls to allow the passage of nutrients, water, and waste products. However, capillaries also pass fluid that stays in spaces between cells, known as interstitial fluid. The combination of proteins in the blood plasma and pressure from the heart’s pumping action causes the interstitial fluid to be absorbed back into the bloodstream, which prevents fluid build-up in the tissues.

You can develop mild edema even if you do not have any health problems. Sometimes, you can get edema from:

Edema can also be a side effect of the following medications:

Edema can also be a symptom of serious health problems. Here are the diseases that often cause severe edema:

An edema diagnosis must be made by a physician, so medications can be prescribed to alleviate swelling.

Before the appointment, it can make things easier if you do the following:

You can ask your doctor questions about your condition, such as:

Your doctor will likely ask you questions about the following:

I have swelling in my legs.. What should I do?

What causes fluid in the elbow?

Mild edema does not require any treatment, since it usually goes away on its own. Elevating the affected limb higher than the heart for some time is often enough to relieve mild edema.

Severe edema is usually addressed with medications as well as treating the underlying cause.

If edema is caused by medication side effects, the doctor will adjust the dosage or look for alternatives that do not cause edema.

There are different ways to adapt your lifestyle to cope with edema.

You can try these remedies to deal with edema caused by pregnancy or prescribed medications, or long-term edema:

Your risk of having edema is increased if you:

Conditions like pregnancy cause edema because the body stores more sodium and water.

More from FindATopDoc on Swelling 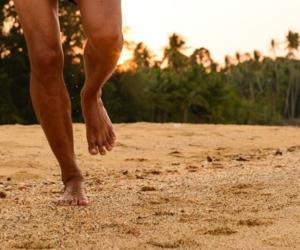 Why Do My Feet Swell After Drinking Alcohol?

Can a bypass surgery cause kidney problems?

Should I use a diuretic?

What Causes and Symptoms Underarm Lumps?

Is there a therapy to treat painful swollen joints?

Why Do My Feet Swell After Drinking Alcohol?

What causes swelling in the gums?

I am getting frequent ankle swelling. Can it be cured?

What is the lump that I can feel right behind my neck?

My right ankle seems to be swollen but there is no pain. Should I try ice therapy to reduce the swelling?