The first line of treatment used is corticosteroids, but many people remain asymptomatic and in some, the disease causes granulomas which tend to disappear later. Hence, speak to you doctor about the decision for the treatment and its need.

However, they may become inflamed, stiff and scarred in case they do not heal. This condition is called pulmonary fibrosis. It is a severe form which affects the breathing process and the structure of the lungs changes. It can also give rise to bronchietasis. In the airways of the lungs, pockets form and they become infected. However, such problems happen rarely.

What are some stretches I can do before my gymnastics...

Have a question aboutSarcoidosis?Ask a doctor now

2 How Does Sarcoidosis Affect the Lungs?

We inhale air that contains oxygen, and this oxygen travels from the lungs to the blood and from there to the rest of the body parts. However, scarring of lungs may happen in pulmonary sarcoidosis causing pulmonary fibrosis.  This affects breathing and makes it difficult for oxygen to go into the blood.

Mostly, symptoms are not experienced; hence people are unaware about the disease. However, if it affects many organs, a variety of symptoms occur. Pulmonary sarcoidosis can reduce the capacity of the lungs to hold air and can also make the lungs stiff.

The symptoms experienced may differ from person to person. However, the most common symptoms are

However, the symptoms may overlap with the symptoms of other medical conditions, hence speak to your doctor about the diagnosis.

Level of severity cannot be determined by looking at the stages. Different level of severity can be seen at each stage. A patient might not show any symptoms and still have granulomas in the lungs. Such sarcoidoisis are by accident caught in an X-ray which is done to diagnose other conditions or if done due to injury. Such sarcoidosis may not require treatment. In some cases, severe symptoms such as pain, swelling and other complications might be experienced by a person in whom granulomas are present in the lymph node which could represent stage one.

Hence, it can be inferred that each stage has different level of severity. Debilitating fatigue and serious symptoms can be caused by each stage. Further treatment might cause complications and side effects. Mostly, sarcoidosis is not taken seriously as a disease as it is thought that the disease will go into remission. However, this is not the case always, hence educational information needs to be given to the patient.

The cause is not yet known. It is believed that this condition might be triggered by bacteria, chemicals or virus. It may also be associated with genetic factors. It may be inherited. Research in this area is being done actively.

Some problems start with the immune system. The immune system fights against infections. Sarcoidosis can affect people of any age, race and gender. Mostly, people in the age group of 20 to 40 are affected. People exposed to dusty or moldy conditions are more at risk and it is more common in women than in men. 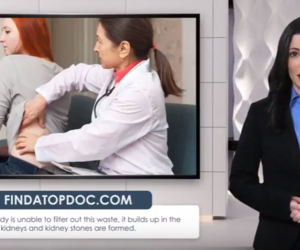 How many years younger does a face lift make you look?

Testing includes complete medical history of the patient and physical examination. Other diagnostic tests include

The main aim of the treatment is to improve the function of the affected organs affected and to control the symptoms. Inflammation can be reduced with the help of steroid medications such as prednisone. This medication can be inhaled or taken orally. If steroids are ineffective or in case the sarcoidosis is severe, methotrexate can be taken.

Most cases of pulmonary sarcoidosis do not need treatment. However, some people may need combination of treatments. The response to treatment is different in different people. The immune system is suppressed by most of the medications used to treat sarcoidosis. Rehab programs such as exercise, support and education can be joined. Oxygen therapy and lung transplantation may be needed in severe cases; however, it is very rare.

Medication can be taken in the form of injection or pills. When skin, brain and joints are affected, antimalarial medication are used. Anti TNF medication such as etanercept and infliximab can be used.

Natural history and effect of therapy

It is believed that permanent lung damage does not happen due to the granulomatous inflammation developed during pulmonary sarcoidosis. When fibrosis develops, the lungs are irrevocably damaged. Fibrosis being a by-product of granulomatous inflammation of sarcodoisis is assumed and still not proven. In the development of lung scarring, several host factors are important. On lung imaging, if parenchymal lesion is detected, eventually after several years, it is found that the pulmonary function is normalized and fibrosis never developed.

The decision to treat

The sarcodoisis may need treatment only if the pulmonary symptoms become significant or functioning is affected. Most of the times, the granulomatous inflammation in the lungs resolves on its own. It is seen that the use of corticosteroids, which is the standard therapy for pulmonary sarcodoisis is associated with side effects. Hence, if the patient with pulmonary sarcodoisis has mild or no symptoms, then it is better to monitor the condition rather than start any therapy.

For patients with sarcodoisis related to cough, inhaled corticosteroids can be considered. If a person has granulomatous inflammation or significant pulmonary symptoms along with pulmonary dysfunction, then the person should be considered for treatment.

However, the patient can be monitored if the condition does not impact the quality of life. During monitoring if it is found that the symptoms or functional status is deteriorating, then treatment should be initiated. If within 3-6 months there is no improvement in the condition, then treatment should be considered or else the patient could be continued to be observed, without therapy.

Before starting any treatment, the alternative cause that could have caused the pulmonary symptoms should be excluded, based on the presence of granulomatous inflammation and physiologic abnormality of the lungs. Evidence of symptoms and functional limitation should also be considered before starting the treatment of pulmonary sarcodoisis.

Treatment of pulmonary sarcoidosis should not be done solely based on chest radiographic findings. But out of all the clinical tests, the most reliable one is chest imaging. Granulomatous inflammation the lung is represented by 1-5 mm diameter parenchymal nodules in the lungs and presence of conglomeration of the nodules in the infiltrates the distribution of these nodules is perilymphatic. To detect active intraparenchymal pulmonary sarcodoisis, mediastinal adenopathy is not adequate evidence.

For baseline assessment of pulmonary sarcodoisis, chest CT scans have not been recommended even though the structure of the lung parenchyma is much better in CT scan than in chest radiography. CT scans are not considered as an integral part of assessment since the patient is exposed to significant amount of radiation. In a patient with a normal chest radiograph, chest CT scan can help to detect active parenchyma disease. If fibrocystic disease is revealed by chest imaging, then the patient has a risk of developing lung fibrosis. Hence the threshold of administering onto sarcodoisis treatment is lowered. However, based on current information the therapy is not mandatory based on identification of lung fibrosis.

To prevent the disease one must be aware of the causes, though sarcoidosis cannot be linked to a specific cause, some steps can be taken to prevent sarcoidosis. They include:

Regular check-up and consultation with the family doctor can prevent this disease.

Lifestyle modifications are necessary in order to cope with the side effects of sarcoidosis.

Although sarcoidosis usually goes away by itself within 2 years, some people’s lives are affected forever and altered by the disease.

The disfiguring scars on the face leads to the development of anxiety and depression.

Seeking help of a counselor and participating in sarcoidosis support group is always helpful.

There are several risks and complications associated with sarcoidosis.

While any person can develop sarcoidosis some risk factors contribute to a greater chance of sarcoidosis development. They are:

Complications are different depending upon the organ affected. In case of:

More from FindATopDoc on Sarcoidosis 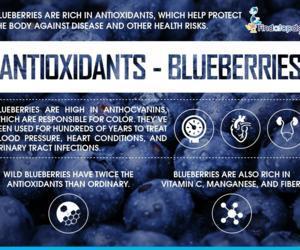 How is gastritis caused?

How can plastic surgery remove my birthmark?

How Is Sarcoidosis Diagnosed?

Difference in treatment from a MD vs DO?