Plastic Surgeon Questions Plastic Surgeon
I am a 29 year old female. I want to know how long does it take to recover from upper arm liposuction?

Dr. Bruce Chau Plastic Surgeon Berkley, MI
Like any liposuction procedures, arm lipo may take 4-6 weeks for recovery. And it may takes up to 6 months to see the final result.

How long do you have to wear bandages after an otoplasty? 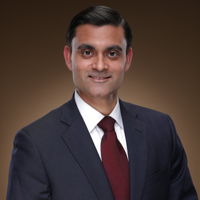 1. Your occupation. Any job involving heavy lifting should not be resumed for generally four (4) weeks, sometimes longer.
2. Your physical activity in general. Similarly, you should not be engaged in heavy weight lifting at the gym, vigorous use of the arms (think: gym elliptical machine), or significant "core" activity (use of the abs or any straining that can transmit to the upper body). The duration of the restriction is generally four (4) weeks, but if the extent of liposuction was minimal, it could be as little as two (2) weeks. For bigger surgical interventions, expect a longer downtime.
3. The extent of liposuction. If the liposuction is done was minimal, you might be able to resume regular physical activity with the arms in 2-4 weeks. If it was larger volume liposuction, I would say four (4) weeks or longer is a more appropriate restriction. If you also had a Brachioplasty (surgical 'arm lift') done, then the restriction could be as long as six (6) weeks, in terms of bearing more than 5-10 lbs' weight per arm.
4. Your diet. Salt loves water, and the more salt you take in after surgery, the more swollen your tissues in the arms will be. This soft tissue swelling is called edema. Compression garment wear helps squeeze that edema fluid back into your body and directs it towards your heart or allows for your body to absorb the fluid. However, see (1)-(3). If you are overdoing it physically, and you are taking in a high salt diet, you will have a miserable recovery.
5. Use of medications. I start my patients anywhere from 2-4 days' preoperatively on a homeopathic vitamin regimen of Arnica and Bromelain, both of which are proven in the literature to help with postoperative swelling and bruising (a.k.a. 'ecchymosis'). I am also a fan of TXA (tranexamic acid), which is shown to reduce operative bleeding. Most likely, you will be prescribed a short course of an oral narcotic, such as Norco (Hydrocodone/Tylenol combination tablet). I advise my patients that they cannot operative heavy machinery or drive until they are completely off narcotic use. I am generally anti-narcotic - due to the addictiveness of narcotics and tendency to cause constipation. I have my patients use over-the-counter anti-inflammatory medications (NSAIDs) as soon as possible, and will sometimes prescribe a course of Toradol (a.k.a., Ketorolac, a strong NSAID) for five (5) days' postop.

More from FindATopDoc on Plastic Surgeon

How long is the recovery for abdominal liposuction?

Does a facelift get rid of wrinkles?

What happens if you sleep on your breast implants?