Dentist Questions Dentist
I am a 54 year old male and I will have a root canal. Is a crown necessary after a root canal?

Dr. Gwen Giannina Dentist Bayonne, NJ
Hi, often a crown is necessary following root canal therapy. Teeth become more likely to fracture, therefore the posterior teeth, which use a lot of force in chewing, should always have a crown made. Anterior teeth, if the loss of tooth structure is minimal, often can be restored with a simple filling. The biting force on anterior teeth is usually much less so not as critical to have crown. Always ask your dentist what treatment is best for your particular situation.

Dr. Alice Marie Charland bassford Dentist Silver Spring, MD
Not always but most of the time. it depends on the location of the tooth(how much force it takes) and the amount of tooth that might have been compromised by trauma or decay.

Can you drink coffee with full dentures?

Have a question aboutDentist?Ask a doctor now

Dr. Pablo Cuevas Prosthodontist Fairfield, CT
Yes, but it depends on how much tooth structure was compromised during the root canal therapy and any cumulative restorative procedures. As a general rule if more than 50 % of the clinical crown is missing a crown is the only way to predictably protect the tooth from splitting or cracking.

Dr. Kenneth W. Arida Dentist | General Practice Westfield, NJ
In most cases it is best to crown a tooth after root canal. The root canal will dry out the tooth and increase chances of fracture. Also, most root canal teeth have large fillings or cracks in them which adds more urgency to crowning the tooth to protect it from catastrophic fracture.
Dr. Steven Barry Manson Dentist Astoria, NY
Yes, it is. The tooth is hollowed out to do root canal and the main supply of blood to the tooth is cut off. The tooth will fracture if it is not restored with a crown.

Dr. Marty Harderson Dentist Leachville, AR
Yes, a crown is necessary after a root canal because the tooth becomes brittle.
Sundas Idrees Dentist Herndon, VA
YES! It is essential for you to have crown after a root canal treatment. Failure to do this will cause a tooth fracture.
WIlliam F. Scott Dentist Warren, New Jersey
Hello,

While a lot of times crowns and root canals do go hand-in-hand, it is best to think of root canals and crowns separately. For example, what is the reason I need a root canal and what is the reason that I need a crown. On a back tooth, the rule of thumb is that if a tooth is getting a root canal the best way to protect the tooth is by putting a crown on it. The logic here is simple. Back (posterior) teeth are used for chewing. Front (anterior) teeth are used for biting into things. This means that our back teeth get used much more often then our front teeth. The back teeth are also much more broad and flat then front teeth. After a root canal the hole in the center of the tooth gets filling up. It is usually best to hold everything together by putting a crown on top of the tooth.
As far as front teeth, the rule of thumb is quite the opposite. Since a front tooth is not used as much and the surface is smaller, it does not need a crown after a root canal. If the tooth is still intact then it might be better to leave it without a crown because the aesthetics will better match the rest of the front teeth. Or it can improve the aesthetics by doing a crown after the root canal if it was badly broken down.
So as 2 of the 3 situations described recommend a crown after a root canal it is very common; however, it is not always needed. Hope this helps.

My best to you! 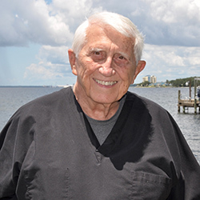 More from FindATopDoc on Dentist

Do dentures change your face shape?

How can I strengthen my teeth and gums naturally?

Is it safe to gargle with salt water every day?