Emergency Physician Questions Stroke
My grandmother suffered from a stroke, but luckily she survived and is managing the after effects. But she ignored symptoms of the stroke hours before it happened, and the doctors said earlier intervention would have prevented damage. Why are strokes an emergency situation?

Kumar Alagappan Emergency Physician Houston, Texas
Damage from certain kinds of strokes can be limited or maybe even reversed if caught early. That is why it is important to get the symptoms evaluated early. I am glad she is better now.

Dr. James Bennett Bragman Emergency Physician West Bloomfield, Michigan
85% of strokes are clot strokes known as ischemic or clot strokes while roughly 15% of strokes are hemorrhagic known as bleeding strokes. Time is of the essence with strokes a stroke is a “brain attack” where the longer we wait to intervene then the greater the risk for brain preservation and function. With ischemic stokes we have 3-6 hours to deliver “clot busting drugs” to try to restore blood flow to the diseased portion of the brain. With a “ bleeding stroke we need to consult a neurosurgeon ASAP to see if the blood in the brain can be evacuated thereby relieving pressure on the brain. In summary, the earlier we intervene the greater chance we can regain functionality.

Can stroke be identified early in a person?

Have a question aboutStroke?Ask a doctor now

More from FindATopDoc on Stroke

My husband is recovering from a stroke but is getting...

My BP is high even when I'm taking the right medication.... 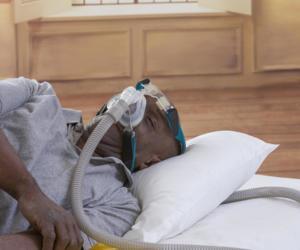