A new study has shown that having a 12-ounce serving of canned soup a day for five days can lead to a 1000% increase in the amount of bisphenol A (BPA), a controversial chemical, in urine. BPA is a chemical used in the manufacturing of metal food and beverage cans. The study does not show how this increase affects health.

Earlier studies has shown a link between BPA and increased risk of breast and prostate cancer in animals, and obesity, thyroid problems, reproductive abnormalities, heart disease, and neurologic diseases in human beings. Many companies are trying to eliminate BPA from baby bottles and sippy cups. Many manufactures are looking for an alternative to BPA in making the cans. 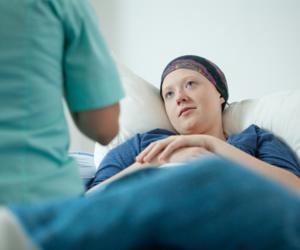 What Are the Symptoms of Pancreatic Cancer?

In this study, involving 75 volunteers, all participants either had a 12-ounce serving of vegetarian canned soup every day or a 12-ounce serving of non-canned, fresh vegetarian soup for five days. After five days, the two groups had a switch over with a two-day wash out period. Researcher Jenny L. Carwile, a doctoral student in epidemiology at the Harvard School of Public Health in Boston, reports that after five days of taking canned food, a 1,000% increase in the levels of BPA in urine was noted. The study, published in, The Journal of the American Medical Association, does not show whether the increase in level is temporary or long-term. Researchers are not sure how long this peak remains in the urine.

Carwile remarks although the study has considered only one particular brand of soup, it is not about the brand, but the can. The findings will apply to all canned foods which have BPA as one of the ingredient in the cans. BPA levels can be reduced by reducing the intake of canned products. Canned foods with less sodium content provide health benefits when BPA levels are not considered.

Ted Schettler, MD, MPH, science director of the Science and Environmental Health Network, a public and environmental health advocacy group, reviewed the study and suggested that the measurement of BPA used in the study may not be the best way to show the amount of this chemical in the body. Sharima Rasanayagam, PhD, the director of science at the Breast Cancer Fund in San Francisco, adds that BPA is not only found in the canned soups but also other products. Considering the level of daily exposure to this chemical, it makes it an urgency to remove it from food cans.

A contradictory view on this was given by Jeff Stier, a senior fellow at the National Center for Public Policy Research, who believes that the study has not added anything substantially that says that trace levels of BPA has any effect on health. According to him and John Rost, PhD, the chairman of the North American Metal Packaging Alliance, Inc., the presence of this chemical does not indicate any major health risk. In fact the study confirms that fact that BPA consumed is eliminated from the body through urine.

According to them BPA lining is provided to keep the food safe by allowing high temperature sterilization, which prevents food poisoning and maintains the integrity of the can for preventing further contamination.

Can repeated abortions cause cancer?

Should my child be secluded during his chemotherapy? 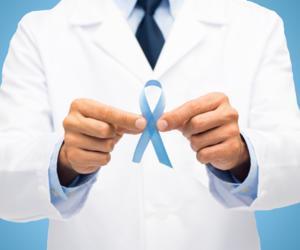 Revealing your Breast Cancer Diagnosis to Your Loved Ones