Starbucks is a coffee company that was founded in 1971 in Seattle, Washington in the United States by Jerry Baldwin, Zev Siegel and Gordon Bowker, and today it is one of the most popular coffee brands known worldwide. It has shops all around the world - in fact there are shops in 72 countries and territories. Besides the United States, Starbucks is most popular in China, Canada, Japan, South Korea and the United Kingdom. Starbucks is a huge company with a large profit, which means it can have a large impact on a lot of causes, so it has an environmental policy which made them more friendly to the environment. They reduced the size of their napkins and garbage bags and began to use recycled paper. At the start, Starbucks used to serve only coffee, but later on, it expanded its offerings to other beverage drinks and foods, mostly smoothies, teas, bakery goods and sandwiches. They started making Frappuccinos after they bought The Coffee Connection, and it has become one of their trademarks. Since they have offered a lot of drinks that are high in calories; they decided to offer lower calorie versions of their existing drinks in 2008. Those drinks are made sugar-free, but use natural sweeteners like honey or agave syrup. A year later, they included foods without corn syrup in their menus, which attracted customers who are concerned about their health. Also, Starbucks offers coconut milk, almond milk and instant coffee, so they have expanded their menu and now offer a lot more than just plain coffee or coffee with additions. Today, some Starbucks drinks have so many calories which are equal to the average recommended for a whole meal, and sugar amounts that exceed the daily recommended amounts.

Starbucks has standardized their sizes of cups, so they have the following sizes: 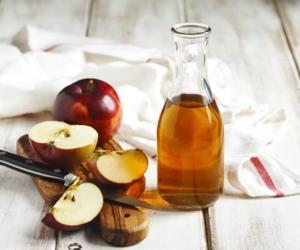 Have a question aboutStarbucks?Ask a doctor now

The Starbucks menu offers a lot of products, but its two main categories are Drinks and Food. Among Starbucks Drinks, there are:

These beverages are considered low-calorie drinks and do not contain over 100 calories, 20g of carbs and 10mg of sodium.

These drinks also do not exceed much over 100 calories, but they contain a little bit more carbs.

Because of the milk ingredient, they contain up to 150 calories and have less than 25g of carbs. Also, they contain a little bit more sodium which goes up to 90mg.

Brewed teas do not contain calories at all, grande shaken teas contain about 80 calories, but iced tea lemonades contain a little more, mostly because of the sugar. Overall, they do not exceed 150 calories, 40g of carbs and 20mg of sodium.

The drink with the most calories in this group is the Starbucks Doubleshot Protein Dark Chocolate which contains 210 calories, 2.5g of fat and 115mg of sodium. But, averagely they contain 100-150 calories, 30-40g of carbs and 10-20mg sodium.

These coffees contain about 5 calories and 330mg of caffeine, and they contain a small amount of sodium (5-10mg of sodium). Vanilla Sweet Cream Cold Brew contains 110 calories, 6g of fat, 14g of carbs, 1g of protein and 25mg of sodium. If they are served with milk they can have more calories. Depending on the type of milk you can add from 70 calories to 130 calories.

These coffees can be customized to your wishes and can have up to 350 calories, but you can lower the number of calories by choosing healthier options.

Smoothies can contain up to 320 calories, with 60g of carbs and 170mg of sodium.

These do not contain more than 100 calories and 30g of carbs.

Also, Starbucks has a wide range of food on their menu. Among Starbucks food, they offer:

Bistro Boxes are pretty caloric with items that have up to almost 500 calories, 30g of fat, 50g of carbs, under 10g of fiber, under 25g of proteins and up to 940mg of sodium. The highest calorie count belongs to the Cheese & Fruit Bistro Box with 470 calories, 28g of fat, 38g of carbs, 6g of fiber, 14g of proteins and 470mg of sodium. The Smoked Turkey and Swiss Sandwich contains the most sodium with 940mg.

As the name says, these small sweets have less than 200 calories, less than 10g of fat, 23g of carbs, almost no fiber or proteins and average 100mg of sodium.

As expected, yogurts do not have a lot of calories, but they offer a couple of options with a higher calorie count like Lemon Chiffon Yogurt with 340 calories, 13g of fat, 38g of proteins, 18g of protein and 95g of sodium.

Also, Starbucks has health and wellness options which include the following categories:

If you are confused by all these numbers, and you really don’t like eating or drinking with a calculator in your hands, just take a quick look at the nutrition in the Starbucks menu and keep in mind to eat something with fewer carbs, fat and sodium, because proteins and fibers are really good for your health.

Ever since they started making coffee with a lot of different additions that make most of Starbucks coffees, people had concerns about Starbucks nutrition. Most Starbucks drinks and foods contain a lot of sugar and fat, and the reason people are concerned is because they drink coffee on a regular basis - once daily or even a few of times a day. One sized grande drink at Starbucks can range from 69g of sugar to 32g of sugar, and some drinks can contain even 79g such as the Peppermint White Chocolate Mocha. So, if the coffee contains a lot of sugar that can cause a lot of damage to people’s health, it will not only make them overweight but also increase the risk of death from a heart disease. Starbucks nutritional information had made it to their menus in 2013 for drinks and pastries, so Starbucks nutrition facts are available to their customers so they can make dietary choices that fit them. They offer ingredients, calories and every other nutritional information for their customers to choose the right breakfast, lunch or snacks.

Since Starbucks is a huge company, here are some fun facts about Starbucks:

More from FindATopDoc on Starbucks 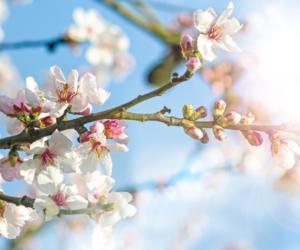 The Season's Changing and so Are Your Genes! Detox... 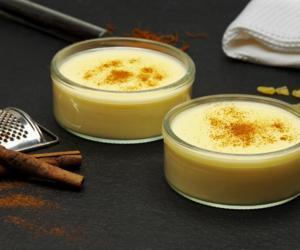 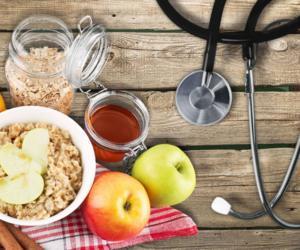 Munching Your Way Through A 12-hour Shift: What Nurses...