A study published in Journal of Clinical Investigation, reports how some foods are able to lift out mood when we are sad. Lukas Van Oudenhove, MD, PhD, at the University of Leuven in Belgium, the lead researcher of the study, noted that most of these comfort foods contain a substantial amount of fatty acids.

MRI scans of brain of 12 healthy, normal weight people were taken when they were taken sad and when they received an infusion of fatty acid or saline through a feeding tube. Images of sad or neutral faces were shown to them as they listened to sad or neutral music. The participants were asked to rate fullness, hunger and mood before the scan and three times during the scan. They were unaware of the type of infusion they received. Participants who received the infusion of fatty acid reported to be half as sad when compared to those who received an infusion of saline.

Does anxiety affect your appetite?

The researchers reported that the results of the study increase our understanding of the relation between the different emotions, hunger, food intake and meal-induced sensations in general. These findings may have applications in a number of disorders, including obesity, eating disorders and depression.

Giovanni Cizza, MD, of the National Institute of Diabetes and Digestive and Kidney Diseases in Bethesda, MD, opined that the results show how food can modulate our emotions. Cizza feels that our alimentary canal must be communicating with the brain to bring about the change. If one is able to pinpoint the right target in the gut, it is possible to make new drugs.

According to Louis Aronne, MD, founder and director of the Comprehensive Weight Control Program at New York-Presbyterian Hospital/Weill Cornell Medical Center, the results of this study has put a step forward in our understanding of the relationship between food and mood. Fatty acid intake stimulated the parts of the brain that gets activated or suppressed due to emotions. Fats help to reduce the neural changes associated with an emotion, which is a phenomenon reported by many patients, he says. Many things related to obesity were considered to be psychological, but the present findings add evidence to the growing body that it is actually physical changes that is seen. People who are obese have to eat more to get the same amount of stimulation when compared to individuals who are of normal weight.

Treena Wynes, a wellness consultant in Saskatoon, Canada, remarked that our eating habits have always been driven by moods and emotions. Many people cope with intense feelings, stress or depression by eating more and this increases the chance of obesity. “Fatty acids improve the moods and brain function which in turn improve our thinking, feelings, and behavior," she said.

What Is Taurine? Health Benefits of Taurine 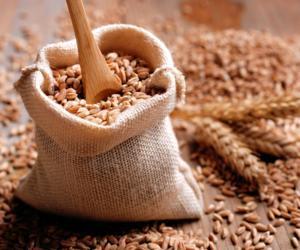 What Is Farro: Health and Nutrition Benefits