Muscular dystrophy is a group of disorders that cause skeletal muscle degeneration, decreased flexibility, and progressive weakness. In muscular dystrophy, the abnormal mutation of genes interferes with the production of proteins, which are needed for healthy muscle formation. There more than 30 types of muscular dystrophy. Out of the 30 different types identified, nine types are the most common.

The symptoms of the most common variety of muscular dystrophy usually begin in childhood, particularly in boys. Some individuals with muscular dystrophy tend to lose their ability to walk. Others may have difficulties in swallowing or breathing.

There is no known cure for muscular dystrophy. However, there are medications and therapies that can help manage the symptoms and slow down the progress of the disease.

This medical condition is mostly inherited or genetically passed down from the parent to the child, but this is not always the case. Thirty-five percent of the time, the disorder is said to randomly occur due to spontaneous gene mutations, which change the production of proteins in the body. Muscular dystrophy is said to be commonly occurring in males rather than in females due to the chromosomes, which males are born with.

There are various methods when it comes to treating the condition. Treatment would include:

There is also research being carried out for the treatment of the condition such as stem cell therapy and gene treatments.

CoQ10 can be found in minute amounts in foods. Most young people are able to make CoQ10 in their bodies. However, a child with muscular dystrophy may require more of it or may either make too little of the nutrient because of the disorder.

It has been recognized that the supplementation of CoQ10 is beneficial for the heart muscle since it can help in the improvement of congestive heart failure along with cardiomyopathy. CoQ10 is essential to the muscle cells since it is involved with growth control, energy production at the cellular level, and other important life functions. For this reason, it deserves special consideration when it comes to people with muscular dystrophy.

Similar to coenzyme Q10, vitamin E is also an antioxidant. Most antioxidants are said to be helpful for those who are suffering from muscular dystrophy. More than 50 years ago, it was identified that a low intake of vitamin E could lead to the onset of muscular dystrophy, which is a disorder similar to those that are caused by a deficiency of vitamin C. There are several kinds of hereditary muscular dystrophies that are widely known. However, the exact nature of these types is yet not completely understood.

Certain evidence about the association of vitamin E, vitamin C, vitamin B6, and other vitamins in muscle functioning suggests that the optimum intake of these nutrients should be of value to muscular dystrophy patients. However, there are still no clear reports of an increase in vitamin intake for patients who have the disease.

Moreover, vitamin E should be used in the natural form. In one study, patients were given 600 mg of vitamin E and a high amount of selenium. The study had good results in all five patients:

Two patients also showed great improvement in their physical capacity. There were also no side effects reported.

Selenium is considered as an essential trace mineral, which is said to work very closely with vitamin E. Their partnership is said to only work effectively if both of them are present in the body. It would take just a less amount of selenium around 100-300 mcg a day to protect the cells and membranes from any harmful oxidation with the help of the protective selenium-containing enzyme and glutathione peroxidase, which is mostly found in the cells of the body.

In a patient suffering from muscular dystrophy, the levels of selenium in the blood reduces to a great extent. In animals, it has been tested that those that are found suffering from myotonic dystrophy and all other major symptoms including muscular dystrophy can be cured with the help of selenium supplementation. This vitamin E friendly mineral is mostly found in yeast, whole grains, legumes, vegetables, seafood, and animal products. However, food cannot be completely called as a reliable source of selenium since the selenium content of soil would vary around the world.

Lecithin has also shown certain therapeutic responses when it is included along with vitamin E supplementation. The reason could be mostly due to the fact that lecithin contains inositol and phosphatidylcholine, which help reduce creatinuria in patients suffering from muscular dystrophy. The daily recommended dosage can be around 20 grams or approximately three tablespoons every day.

The best sources of omega-3s are fatty fish apart fish oil supplements. The intake of omega-3 fatty acids would lead to a reduction in inflammation as well as boost immunity. The downside of taking fish oil is that it can lead to an increase in bleeding for sensitive individuals, especially those who take blood-thinning medications such as warfarin or aspirin. 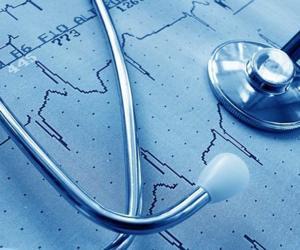 Do I Need Alpha-Lipoic Acid Supplements? 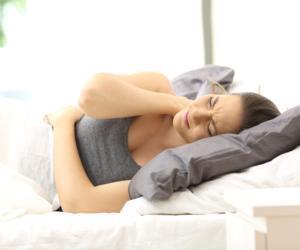